HomeMEDIADAZN To Continue Broadcasting Bundesliga For Rest Of Season
MEDIA 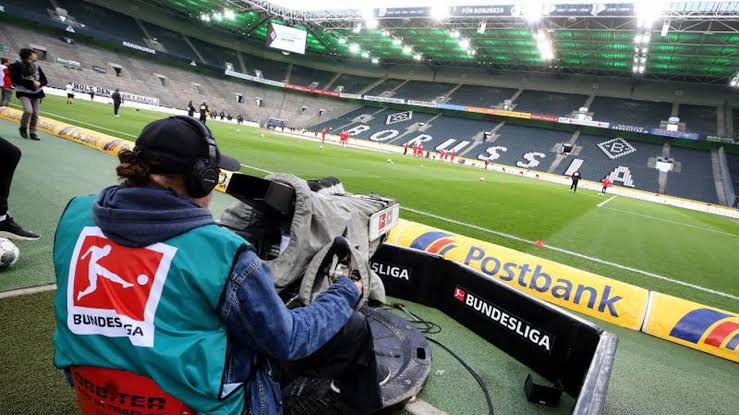 DAZN has signed a distribution deal with the German Bundesliga to broadcast nine games from the newly restarted 2019-20 season.

The streamer announced on Thursday an extension of its partnership with the German Football League (DFL) to broadcast multiple live matches in Germany and Switzerland until the end of the season.

DAZN had signed a distribution pact with Discovery’s Eurosport in July 2019 that saw it exclusively sublicence 45 Bundesliga matches in Germany and Austria. However, earlier this week it emerged that Discovery was looking to activate a ‘special termination’ clause in its €70 million per season deal with the Bundesliga, leaving DAZN in limbo.

With Discovery’s relationship with the league uncertain going forward, DAZN has taken the matters into its own hands and negotiated a deal to continue broadcasting Bundesliga matches for the remainder of the season, starting with the Berlin derby today.

Thomas de Buhr, executive vice president DAZN DACH, said: “We look forward to continuing to present the Bundesliga live to all football fans. The next match is this Friday, with the highly-anticipated derby in the capital between Hertha BSC and Union Berlin. The health and safety of everyone involved remains our top priority in the preparation and execution of our coverage.”

In addition to the live matches, DAZN will continue to provide highlights of all Bundesliga and Bundesliga 2 games on the platform, 40 minutes after the final whistle. https://www.digitaltveurope.com