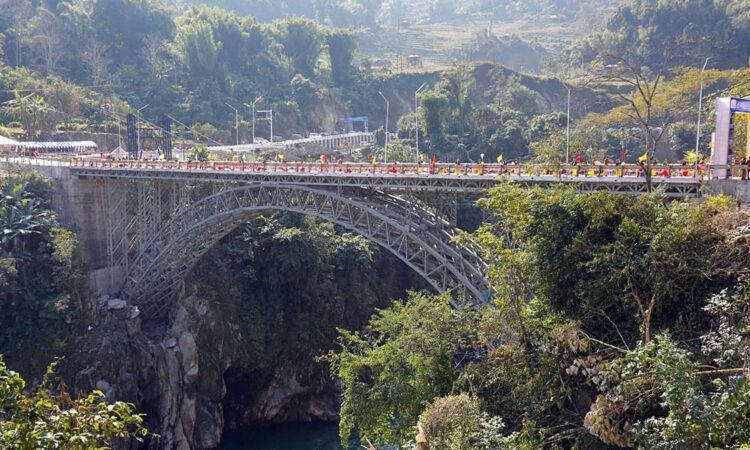 Making his first visit to Arunachal Pradesh since the December 2022 Yangtse clashes between Indian and Chinese troops, defence minister Rajnath Singh inaugurated 28 infrastructure projects, including a strategically important bridge over the Siyom river that will be capable of ferrying tanks and artillery guns. The Siyom bridge is a 100-metre, ‘Class-70’ steel arch superstructure constructed on the Along-Yingkiong road, and is crucial for Indian troops. The Border Roads Organisation (BRO) has built 3,097 km of roads in Arunachal over the past five years.

Singh, on January 3, dedicated to the nation 28 BRO infrastructure projects worth Rs 724 crore(US$88.6million). These include 22 bridges, three roads and three other projects in seven border states and Union territories of northern & north-eastern regions. Eight of these projects are in Ladakh, five in Arunachal, four in Jammu and Kashmir, three each in Sikkim, Punjab and Uttarakhand and two in Rajasthan. In addition, three telemedicine nodes—two in Ladakh and one in Mizoram—were inaugurated.

The BRO is expected to complete a major project by July 2023—the Sela tunnel, connecting Guwahati in Assam to Tawang in Arunachal. The tunnel is located at a height of 13,700 feet. “In this era of changing priorities and interests of nations, it is necessary for any country to keep itself empowered. India has always been against war. But our armed forces are ready to face any kind of situation, and the BRO is walking along with them,” Singh said.

India’s infrastructure creation on the Line of Actual Control (LAC) as well as the McMahon Line in the Northeast picked up after the NDA government came to power in 2014. In addition, the Indian railways are building three railway lines in the northeastern states. These will help the Indian Army transport soldiers, weapons and supplies faster along the LAC.

The Indian military believes improved connectivity to the forward areas of LAC has allowed Indian Army patrols to be more thorough, and this is directly responsible for the frequent skirmishes with China’s PLA (People’s Liberation Army) in recent years. External affairs minister S. Jaishankar has told a media outlet India and China had an agreement not to unilaterally change the LAC, but Beijing has tried to do so unilaterally.

Besides roads, India is also strengthening its air power on the border with China. The Nyoma air base in Ladakh, barely 50 km from the LAC, is being upgraded to host fighter jets like Tejas and Mirage-2000, and also transport planes.

India has been building road, rail and air infrastructure close to its border with China as the PLA is upgrading its multiple airbases in the Tibet Autonomous Region. While China is operating three air bases, namely Kashgar, Hotan and Ngari Gunsa, opposite eastern Ladakh, other airbases like Shigatse, Lhasa Gongkar, Nyingchi and Chamdo Pangta are also being upgraded along with another one in Xinjiang.

On December 20, India and China held the 17th round of corps commander level meeting at the Chushul-Moldo border meeting point on the Chinese side, but the Chinese side refused to discuss the Yangtse incursion bid. However, both sides agreed to maintain security and stability on the ground in the western sector.

admin10 hours agoFebruary 1, 2023
38
Last week, leaders from the Offices of Inspector General (OIGs) for the Department of Defense (DoD), Department of State (State),... 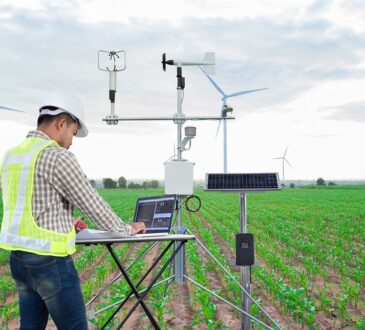