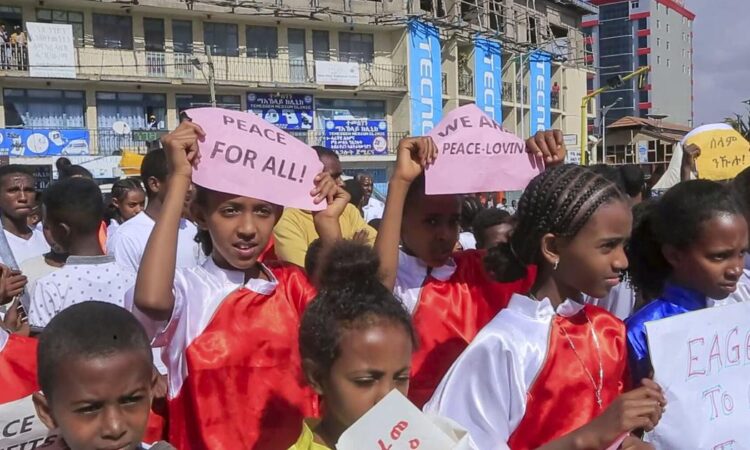 By The Associated Press

Basic services like electricity and telecoms have been restored to key parts of Ethiopia’s Tigray region following the signing of a cease-fire deal a month ago, but most areas are still cut off from the world.

The agreement signed Nov. 2 requires Ethiopia’s federal government to restore basic services to Tigray, which has been mostly without phone, internet and banking services since war erupted two years ago. Power has also been disrupted to the region of more than 5 million people.

On Tuesday, the state-affiliated Fana Broadcasting Corporate reported that Tigray’s capital, Mekele, had been reconnected to the national power grid following maintenance to a transmission line.

The director of Mekele’s Ayder hospital, Kibrom Gebreselassie confirmed that the city has had “uninterrupted” electricity since Tuesday evening. “This is for the first time in weeks,” Kibrom told The Associated Press on Wednesday.

However, the electricity supply remains erratic in parts of Mekele, according to residents.

Telecommunications have resumed to parts of southern Tigray and to the region’s second-largest city of Shire, which hosts large numbers of displaced people. Two residents told the AP the city’s phone network was restored over the weekend but said the city is still without power, banking and internet services.

Phone lines appeared to still be down in the towns of Axum and Adigrat on Wednesday afternoon.

The shutdown of Tigray’s basic services has drawn accusations of a government-imposed blockade, while restrictions on humanitarian aid entering the region prompted United Nations investigators earlier this year to conclude that Ethiopia’s government has likely used starvation as a method of war.

The closure of Tigray’s banks has left millions of people unable to access their savings to buy food, according to aid workers, exacerbating the region’s dire humanitarian crisis.

The National Bank of Ethiopia has ordered commercial banks to undertake audits ahead of re-opening branches located in areas of Tigray under the control of the federal military, according to local media reports.

The Tigray leaders were due to demobilize their forces within 30 days of signing the cease-fire deal. Last week, Tigray’s top military commander, Tadesse Woreda, told reporters that 65% of Tigray’s fighters had withdrawn from frontline areas.

Tigray’s leadership, however, has said it will not fully demobilize until the military of neighboring Eritrea withdraws. The AP has reported witness accounts of Eritrean troops remaining in Tigray after the cease-fire deal and killing civilians and looting properties. 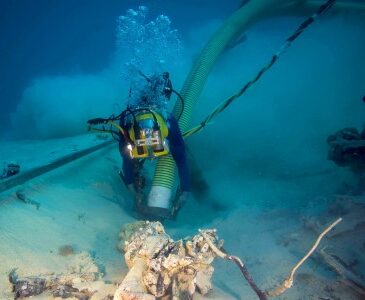 Europeans Wade Into Fighting Seabed Threats With Drones And Sensors

admin2 weeks agoJanuary 12, 2023
50
Shaken by an underwater explosion that ripped through the Nord Stream pipelines in September, European nations are waking up to the task of securing the ocean floors that house the continent’s arteries of wealth. But protecting the vast network of energy pipelines and communications cables that line the surrounding bodies of water comes down to a familiar question: Who’s in charge? That’s because the responsibilities for infrastructure that traverses multiple countries, is privately owned and serves vital national interests are anything but clear. Militaries, with their special skills and equipment... 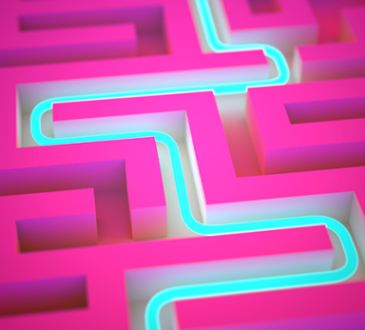