Too many women are locked out of economic opportunities, which is not only unfair but also harms growth and resilience for all. We know that in countries with greater gender inequality just closing the gap in women’s labour force participation could increase economic output by an average of 35 per cent. Progress, however, is slow to come and shocks, such as health and climate disasters, social unrest, and war continue to worsen gender inequality by directly affecting women’s lives and livelihoods or keeping them out of school and work.

Appropriate economic and financial policies can help change these negative outcomes, improving economies by supporting the recovery and building resilience against future shocks. A dividend for women, in other words, is a dividend for all. For instance, while the pandemic set women further back everywhere, it also drove policy innovations. Several extraordinary pandemic assistance programmes targeted women and brought more people into social safety nets. The latter makes it easier to provide targeted assistance to cope with the current food and fuel price spikes, write KRISTALINA GEORGIEVA , ANTOINETTE SAYEH and RATNA SAHAY .

For policymakers, there are well-proven solutions to adopt gender-sensitive macroeconomic actions.

First, step up investment in women’s human capital. The gains from providing women equal access to food, healthcare, and education are especially large in emerging and developing economies. Think of cash transfers that help families afford the basics in countries with less developed social safety nets.

Brazil introduced the Emergency Aid cash transfer programme early in the pandemic, which provided double the benefits to women-led households. IMF staff estimates show that the poverty rate among such households would have increased from 11 per cent to more than 30 per cent without Emergency Aid; instead, it fell to about 8 per cent. And Egypt recently expanded cash assistance to low-income single mothers helping them keep their children healthy and in school. In Togo, mobile technology helped expedite emergency financial support during the pandemic, especially benefitting women.

The second confirmed solution is enabling women to work outside the home or start their businesses . Reforms to taxation, public spending, financial infrastructure and regulations, as well as labor markets can help . Providing access to quality and affordable childcare frees up more women to work and also creates jobs directly.

In Norway, the expansion of universal childcare increased the likelihood of mothers’ employment by 32 percentage points. In emerging and developing economies, access to mobile phones and the internet opens the door to economic opportunity. For instance, IMF research shows that traditional and digital finance is helping close the gender gap in access to financial services, including microlending—resulting in lower income inequality and higher growth.

A third area to tackle is biases . Out of 190 countries surveyed, the World Bank found that women were on equal legal standing with men in just 12 countries. Gender-based discrimination in social institutions costs the world economy US$6 trillion according to the Organisation for Economic Co-operation and Development. But in recent years, countries have reduced these costs through social and legal actions such as curbing underage marriage, criminalizing domestic violence, and increasing the number of female elected officials.

Fourth, increasing the representation of women in leadership positions is also critical . IMF analysis shows that a greater presence of women in financial institutions and financial policymaking goes hand in hand with greater financial resilience. And in fintech firms and the corporate sector, more women in leadership is associated with better performance and profitability, respectively.

The IMF has supported members in deploying and improving gender policies for a number of years. And recently, our Executive Board approved the first comprehensive IMF Strategy for Mainstreaming Gender to help our members adapt pro-gender equality policies to their unique circumstances.

The strategy recognizes that macroeconomic and financial policies affect women and men differently, often unintentionally. We are helping policymakers identify and remedy these biases by applying a gender lens to our main activities—from our regular country policy surveillance to how we design and implement programs to our capacity development support.

We have supported increased spending on women in our programme countries. For example, Egypt expanded pre-school availability and improved the safety of public transport under an IMF-supported programme, helping women get to jobs. And São Tomé and Príncipe, with the support of an IMF program, launched an initiative on gender budgeting—the use of fiscal policies and institutions to promote women’s equality across government programmes. We also quantified the productivity benefits of getting more girls into high school in Senegal and other countries.

Under the new strategy, the Fund will work in the years ahead with our 190 members and external partners to expand both the breadth of our policy recommendations and bring greater rigor in our analysis to help more countries tailor and deploy policies that support gender equality.

Over time, gender-sensitive macroeconomic and financial policies will result in higher growth, greater economic stability and resilience, and lower income inequality—a dividend not just for women, but for everyone. 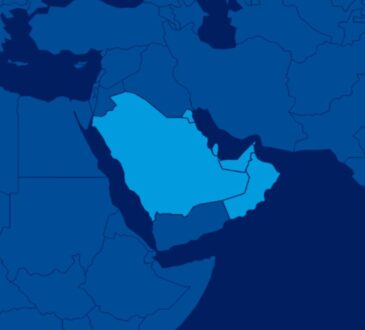 admin1 week agoNovember 26, 2022
28
When disaster strikes, our first instinct as humans is to get informed. We want to know what’s happening – or about to happen – and understand how we and our loved ones can stay safe and television is critical, write YUKIHIRO NISHIDA, AMIR NAFEZ, PAUL GARDINER, ANDY QUESTED  and RUOTING CHANG. To mark World Television Day, the International Telecommunication Union (ITU) is paying tribute to the vital role of TV broadcasting in disseminating life-saving information during crisis situations. Wide coverage and reach – about 1.72 billion households worldwide have access... 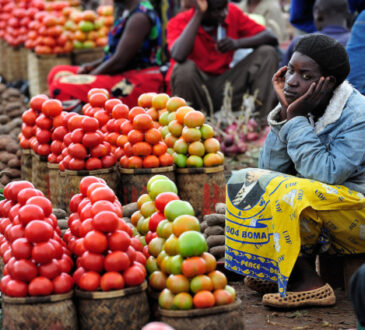