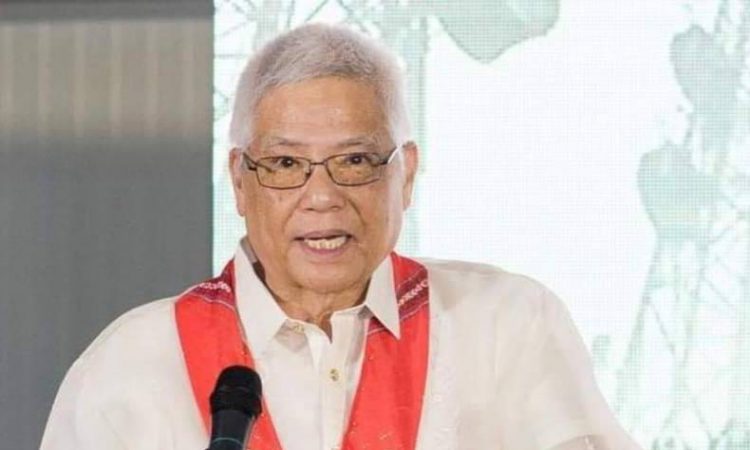 On their own, Globe Telecom Inc. and Smart Communications Inc. cannot refuse or limit interconnection to DITO Telecommunity for “any reason” whatsoever.

Former commissioner of the National Telecommunications Commission (NTC) and Department of Information and Communications Technology (DICT) Undersecretary Eliseo M. Rio made the statement in his recent Facebook post.

“They have adequate legal avenues to course their grievances of other telcos causing damages to their networks and income, but they cannot use interconnection as a weapon,” he pointed out.

Both Globe and Smart maintained that DITO’s accusation of anti-competitive behavior is baseless, a ploy to shirk huge penalties for the fraudulent voice traffic it fails to control in its network, to their detriment and that of the government.

DITO petitioned NTC asking for extra capacity from Globe and Smart for interconnection, citing congestion and overutilization of trunks.

Although interconnection among telcos is mandated under the law, “It has become very difficult for our subscribers to interconnect with Globe and Smart,” DITO Chief Administrative Officer Adel Tamano complained.

Only one out of 100 calls should fail to come through, under NTC’s requirement but todate, only 20 to 30 calls from DITO can get through to Globe and Smart.

However, both telcos argued that before asking for extra capacity, DITO should first clamp down on its subscribers who make thousands of fraudulent international calls daily to their subscribers under local rates.

“DITO has failed to prevent its network from being misused for fraud, with DITO SIMs masking international calls as domestic, resulting in huge monetary losses for Smart,” stated Smart President for Regulatory Affairs Atty. Roy Ibay.

For its part, Globe asked NTC to require DITO to pay for interconnect penalties amounting to P659.6 million from July 2021 to August 15, 2022, which continue to pile up.

Globe also asked NTC to authorize the temporary disconnection of interconnection trunk lines with DITO until the latter has addrressed the fraud issue, which costs P2.5 million per day, average.

Nevertheless, “If it’s an interconnection issue, there should be no other reason why the telcos should prevent another telco to interconnect with it. In this particular case, that is the issue being propounded by DITO,” according to Rio.

He cited Executive Order No. 59 issued by late President Fidel V. Ramos in 1993, mandating “the interconnection between NTC-approved telcos shall be compulsory.”

“Actually that’s what the EO is all about. That’s an anti-competitive measure because a dominant telco could easily not allow a lesser telco to communicate with his or her subscribers,” the former NTC commissioner elaborated.

DITO filed cases before the Philippine Competition Commission (PCC) last week about the anti-competitive practices of Globe and Smart in their interconnection agreements.

Both Globe and Smart maintained they have always played fair in the market.

As for the faudulent calls, Rio conceded that ISR (international simple resale) activities have long been a problem in the market.

ISR refers to the unauthorized routing and completing of international calls and connecting these calls directly to the local or domestic exchange facilities of the country where they are destined.

ISR deprives both the telcos and government the revenues from these international calls.

Still, ISR activities “were never used to restrict interconnection between and among telcos,” Rio argued.

“If the complaint is interconnection, that should be looked at once, and the subsequent would be the other issue, which is the non-payment of whatever debt or penalties the other telco has,” Rio stressed.

Above all, the government must give “more focus” on DITO’s complaints as “the public will suffer” if the interconnection issue continues, he concluded.

admin12 hours agoDecember 1, 2022
18
A fintech company offering bookkeeping and accounting operations for small and medium-sized businesses, Decimahas acquired the cloud-based bookkeeping service and certain other assets of KPMG Spark, owned by Big Four tax, accounting and advisory firm KPMG LLP. Financial terms were not disclosed. The acquisition broadens Decimal’s suite of services and solutions. It also expands the company’s small-business footprint while adding key talent to the growing Decimal team. “The acquisition of Spark gets Decimal one step closer to its goal of solving accounting operations for SMBs. We will now be able...

admin21 hours agoDecember 1, 2022
26
Jio Haptik has announced its partnership with CASHe to enable automated instant credit line disbursals on WhatsApp. The solution is powered by Haptik’s Conversational Commerce capabilities and CASHe’s AI-powered bot that matches the user’s inputs and automatically facilitates a formal application, along with a Know-Your-Customer (KYC) check. Once KYC is done, the solution sets up a credit line in a few clicks through a guided conversational flow. The user’s details are generated and displayed based on the name entered. The company says that a borrower entering his/ her name is...
bahis canlı casino siteleri canlı bahis siteleri