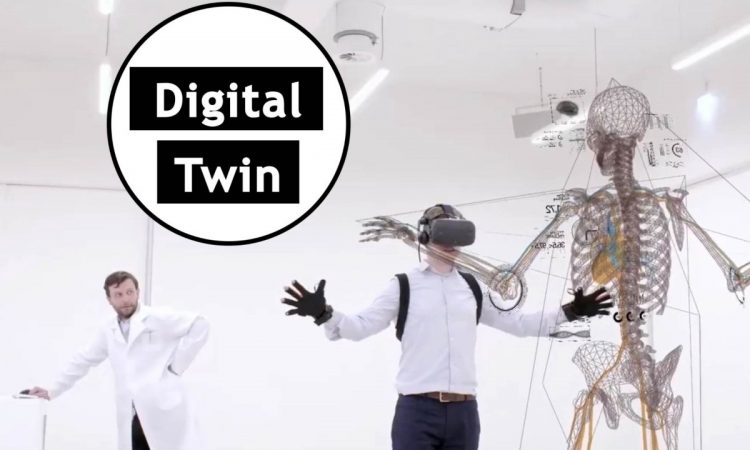 Imagine you’re a wind turbine engineer who wants to try a new design. Better to test this in a virtual world than on an object which is in a remote location, right? What if you’re responsible for a series of remote factories, and you want to compare how each is performing? It would be incredibly useful to visit every site without leaving your desk, wouldn’t it?

Digital twins offer a testbed, or a virtual viewpoint, to explore the impact of changes or improvements before you commit to them in the real world. Now you see why they’re so exciting.

It is only recently that this technology has become usable on a broad scale, due to the convergence of technologies, including 5G, sensors, and extended reality devices becoming more widespread. That said, in the 1960s NASA introduced duplicate systems for space missions, to test the equipment in a controlled environment, and finally to support the launch of Apollo 13 in 1970. It wasn’t until 1992 when David Gelernter, in his book, Mirror Worlds (Oxford University Press, USA), outlined a broader view of what could be possible by describing a future in which computer systems are interconnected, and the images they created could be interacted with to control the real world.

The actual concept of digital twins is credited to Dr. Michael Grieves who, in 2002, introduced it through his research into product lifecycle management. Since then, steps to make digital twins a reality have already allowed the visualization and automation of complex systems in places such as ports and factories. It is predicted that this will be one of the most promising technological trends, with a potential global market value of US$48bn by 2026, according to MarketsandMarkets.

But what defines a digital twin? If you were to do an internet search, there is an overwhelming variety of definitions. For example, a digital twin can be defined as software representation of assets and processes, which is enhanced with capabilities that are not present in the real-world entity. Or, more briefly, it is described as a virtual copy of something, and processes associated with it, that can be used to predict or interact with reality.

In the simplest terms, think of entering a virtual replica of your living room, everything is exactly where you know it but in a digital format. When a family member switches the TV on at home the digital equivalent in your virtual room would also switch on almost in real time—in other words, actions can be transferred between the two different realities. Having the ability to replicate many physical elements in a virtual world that constantly adapt and learn based on real-world events is the basis of a digital twin.

It’s also important to distinguish a digital twin from a simulation—they do share common characteristics, but also some important differences.

Simulations are created by the imagination of the designer, who will use them to analyze the cause and effect of different scenarios, mostly offline. In most cases, a simulation is a snapshot of a one-time task, which is then used to support design and analysis studies. Digital twins, on the other hand, are driven by timely synchronization of information between the real and virtual worlds, and therefore adapt with changes in either world. Simulations are predominantly theoretical, whereas digital twins are specific and actual.

Similarly, digital twins share some similarities with metaverses—they’re digital spaces where people can interact virtually. But once again, metaverses are built from the ground up by developers and, typically, represent virtual realms (such as a futuristic landscape or a fairytale castle), whereas digital twins live and die by data (for example, through constant transfer to and from virtual and physical spaces) to create a replica of the real world. You may think of a digital twin as a reflection of the real world, which is regularly updated to keep the two worlds synchronized, while the worlds represented in a metaverse may have no or partial resemblance to the real world.

Data models and data structures to represent the observations, state, and relations of the real-world objects of interest.

Transfer of data from the real-world objects to create the digital twin. Typically, this is done continuously to enable an accurate and up-to-date view in the twin.

Data analytic tools to unlock the capabilities and insights of the digital twin. This could be a simple data retrieval from one or more sensors to complex algorithms used to predict future behavior, simulate different scenarios and other analytics tasks.

Techniques to interact with the twin through different APIs, GUIs, or other human interfaces. The insights from these are used to make better decisions in the real world, either directly or by actuation through the digital twin.

With such a broad range of capabilities, there are numerous different applications and types of digital twins that can be created and evolved over time, starting with the simplest element of a major system such as a temperature sensor or a flow detector. As a number of different components are combined, digital twins evolve further to provide insights to show how they interact with each other or new information not available by looking at each component individually. For example, when there is a full digital representation of a specific location, the digital twin has the capacity to indicate how to improve productivity, quality, and safety.

In every case, the digital twin can be accessed regardless of location, and in collaboration with others. Limitless connectivity between different digital twins will enable learning between systems and provide further insights from, for example, other locations or similar industrial segments.

Much of the current research within Ericsson has been prompted by the increasing interest in realizing the full potential of mobile connectivity in the ongoing digital transformation. There is an overwhelming consensus that digital twins play a major role in this transformation. Within our own factory in Texas, and as part of our own digital transformation programme, a digital twin of the Surface Mount Assembly (SMA) line led to a 50 per cent decrease in unplanned downtime and a 30 per cent reduction in waste.

In partnership with the Port of Livorno, Italy, Ericsson used digital twins to examine how technological innovation could optimize operations, and to identify what economic, social, and financial benefits could be realized. This was achieved through continuous monitoring of the port activities through cameras, GPS, and other sensors attached to objects. Changes made in the real word as a result of this exercise have had a measurable impact:

It is estimated that the time for vessel operation completion has reduced by 13 per cent and forklift usage by 17 per cent, which has led to a reduction in carbon emissions of more than 8 per cent.

Cost savings are estimated at around US$60m per year for this mid-sized port cargo terminal.

The Port of Livorno study also gave strong evidence that 13 direct and indirect benefits relating to environmental sustainability and personnel safety were achieved as a direct consequence of greater connectivity.

Assets and performance trends can be monitored across the entire site, to allow for predictive, proactive, and, in some cases, remote maintenance.

In car manufacturing, digital twins have been used to enable greater collaboration between design, engineering, and manufacturing teams—based in different locations across the world—to accelerate the pace of development.

For a consortium of BT, Ericsson, NVIDIA, and Hyperbat (a vehicle battery manufacturer), 3D life-size replicas of devices are visualized on the factory floor, enabling people to work on them in a shared, virtual, and controlled space. This has enabled Hyperbat to build efficiency into its manufacturing processes, while also removing complexities as a result of different teams using different products and project management systems.

adminSeptember 20, 2022
In spite of being the economic powerhouse of Africa, Nigeria has pockets of systemic and structural socioeconomic vulnerabilities which require...

adminSeptember 20, 2022September 20, 2022
Some employers can attract a large pool of job applicants without having to offer higher wages. We call such employers...
bahis canlı casino siteleri canlı bahis siteleri