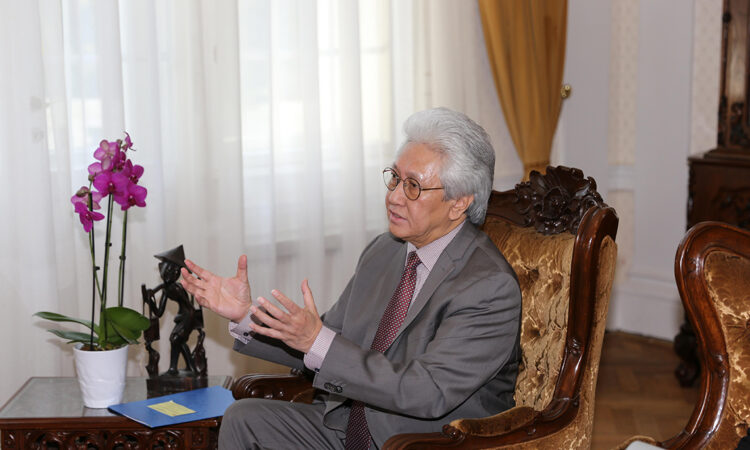 Indonesia has received significant support under the Peaceful Uses Initiative (PUI) during the last ten years. It has achieved important milestones such as the development of new soybean and rice varieties through projects that have been financed by the IAEA’s Regular Budget and Technical Cooperation Fund, as well as the PUI. A few years ago, Indonesia became one of the first developing countries to support the PUI, both financially and with human resources — offering its experts to provide advice to and training in other countries. DARMANSJAH DJUMALA discusses  Indonesia’s roles as both a recipient and a donor, with IAEA Bulletin Editor Miklos Gaspar.

IAEA BULLETIN: How has Indonesia benefited from the PUI?

DARMANSJAH DJUMALA: Let me start with the philosophy of our Government and foreign policy regarding nuclear technology applications. I begin with this because the PUI is very much in line with our national development philosophy.

The PUI provides a platform for us to extend IAEA support to Indonesia. Direct benefits are particularly notable in agriculture and food security, including plant breeding, cattle breeding and insect pest control. We have made significant progress in the development of soybean varieties. We have increased the reproductive performance of cattle, which has helped farmers in many villages. The support has been very effective. We have also benefited in the area of cancer therapy and in the environmental sector.

We have received a lot from PUI projects, and we appreciate this very much.

IB: How has the PUI complemented the support you received from the IAEA in technical cooperation and in Indonesia’s participation in coordinated research projects?

DD: There have been additional budgetary resources made available through the PUI to extend support on top of what is provided under the Regular Budget and the technical cooperation programme. The PUI has become an excellent platform for Member States to contribute and support other IAEA programmes in the peaceful uses of nuclear technology. We hope that more Member States will provide financial support and human resources via the PUI in the future. The benefits will therefore be even more significant in Indonesia.

IB: Why did Indonesia choose to contribute to the PUI?

DD: We have used the PUI to educate and increase the capacity of our scientists with regard to nuclear application technologies. This is well known.

Indonesia sees itself as a pioneer of South–South cooperation. Our philosophy is that when we have received something from others, there will be a time to give it back, to contribute, so that others can also benefit. If we have received something that benefits us from the IAEA, we need to share this benefit with others that are less developed than us. This is why we are very keen to share these benefits with other developing countries under the framework of South–South cooperation. As a developing country, we are in a good position to understand the needs of other developing countries. We want to show solidarity with them.

IB: In what ways is Indonesia supporting the PUI?

DD: There are many ways in which we contribute to the PUI. We have IAEA Collaborating Centres, where we have offered to host training for a series of technical cooperation projects, financed by the IAEA. We invite scientists from developing countries in Africa and Asia. We also send our expert scientists to other countries, such as Papua New Guinea, to give advice on the development of regulatory infrastructure for nuclear applications there. We host fellows almost every quarter. While we are not that developed overall, we are in the middle in terms of nuclear applications — we have knowledge and expertise to share. We also supported the ReNuAl Project — the renovation of the nuclear applications laboratories – because we consider this facility very important for research and development, as well as for capacity building.

IB: How do you see the second decade of the PUI? What should, in your view, be the areas of focus, not just for Indonesia but for developing countries in general?

DD: The PUI is an instrument that can help in the implementation a number of the United Nations Sustainable Development Goals (SDGs). For the next decade, it should remain in line with SDGs implementation. We have to continue initiatives to improve food security, address climate change and other environmental issues, and support programmes in health care and industry.

I strongly support Zoonotic Disease Integrated Action (ZODIAC), the IAEA’s new project to combat zoonotic diseases. It is very much in line with the needs of the health sector, and it is very timely, given the COVID-19 situation. I expect and hope that donor countries and all IAEA Member States will support this new project, as well as the initiative to combat plastic pollution, so that they can be implemented quickly. 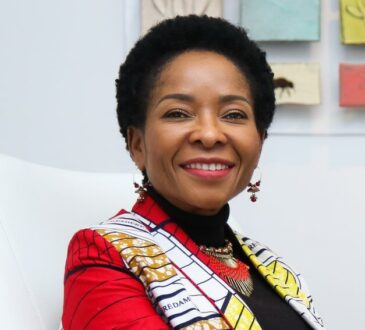 ‘No One Told Me Maths Was Hard’-Professor Mamokgethi Phakeng

Why We Forayed Into The FAST Space-SPI International Exec.

admin2 weeks agoJanuary 9, 2022
64
HAYMI BEHAR talks to Digital TV Europe about the company’s transition to FAST, along with the technical and content requirements...

Expectations From The AI/ML In 5G Challenge