The 46 least developed countries (LDCs) are among the most vulnerable developing economies. Given the already high pressure for these countries to grow sustainably, reduce poverty and improve livelihoods for their people, they cannot afford to strand their assets. Stranded assets are those whose value has fallen so steeply they must be written off. The growing risk of stranded assets has implications on countries’ right to development or right to promote sustainable development, raising important questions of equity, writes PAUL AKIWUMI.

Throughout their history, many industrialised countries have engaged in deforestation, built dams and other environmentally disruptive infrastructure megaprojects, and used fossil fuels to develop. Latecomers to this stage of industrial development are being discouraged from engaging in these activities – thus potentially limiting their scope to develop.

Many developing countries, particularly LDCs with significant fossil fuel resources, stand to lose the most from asset stranding and the adoption of renewables in the coming decades. According to 2015 research, Africa, where most of the LDCs are located, will have to leave 26 per cent, 34 per cent and 90 per cent of gas, oil and coal reserves untouched, implying huge potential losses for these countries. The Carbon Tracker Initiative estimated that by 2030, new wind and solar energy will be cheaper than 96 per cent of existing coal power, and that 42 per cent of global coal capacity is currently unprofitable. A shrinking market for oil, natural gas, and coal would drain critical revenues that governments could spend on investments in health, education and infrastructure.

Most LDCs have limited ability to diversify their economies, exports and sources of government revenues. Economic diversification is not a new topic and has been on the agenda of fossil fuel-producing countries and many other commodity-dependent and natural resource-based economies for many decades, yet has proved difficult to implement.

Whether these countries can diversify will depend on how long it takes and how much it costs to diversify away from high-risk carbon components into modern and complementary energy sectors, such as renewable energies, as well as other economic activities, while developing strong, resource-led value chains. This includes action to support the entry of LDCs into higher-value added manufacturing sectors, and technology-based services, among other industries, to reduce their dependence on one or a few natural resource-based sectors.

Furthermore, economic and political forces in many LDCs create pressure to invest in sectors and projects based on fossil fuels to transform their economies. Domestic reluctance to engage in climate change mitigation could expose fossil-fuel sectors to the effects of new and stronger global climate policies, heightening the risk of creating new stranded assets and facing massive economic losses.

Putting stranded assets on the political agenda of LDCs

Stranding of assets is already happening, bringing both risks and opportunities to LDCs and not all countries rich in fossil fuels will be affected equally. Thus far, the concept of fossil fuels as unburnable carbon or stranded assets has had little traction in the agenda of resource-rich LDCs. An aggressive pro-climate agenda may even be perceived by developing country leaders as counter-productive and anti-development, especially when set against urgent poverty alleviation and infrastructure needs. Hence, the dialogue regarding a “just transition” away from fossil fuels in these countries might best be framed in terms of national goals for sustainable economic diversification.In this vein, a new OECD initiative is aiming to help policy makers design comprehensive strategies towards net zero, avoid high-carbon lock in, and leave no one behind in the pursuit of a global carbon-neutral economy.

At the international level, the issue of equity has so far been mainly limited to a focus on reducing emissions in climate negotiations. Despite recent increases, in 2019, LDCs were estimated to account for about 1.1 per cent of total world CO2 emissions from fossil-fuel combustion and industrial processes – the main sources of greenhouse gas emissions globally. The dominant frame for dealing with this has been to acknowledge that some countries are both more responsible for contributing to climate change and have a greater capacity to reduce their emissions.

Despite the centrality of the notion of common but differentiated responsibility within climate negotiations, there has, to date, been almost no mention of equity concerns around stranded assets. These could reasonably fall within the same logic of common but differentiated responsibilities and respective capabilities, following the assumption that assets will be stranded based on how economically efficient it is to extract them.

Planning for a just and carbon-neutral future

Given that in the longer-term it is likely there will be no credible economic case for producing fossil fuels such as oil and gas from new reserves, LDCs will need to start thinking about how to best utilise oil and gas. For example by converting these reserves into hydrogen with carbon capture and storage technologies, as was done by Bangladesh. Many LDCs have largely untapped but abundant renewable energy resources, including solar energy, wind power, geothermal energy, and biomass. In this regard, domestic and international support, in the form of financial, technology transfers, and capacity building from industrialised countries is strongly needed. 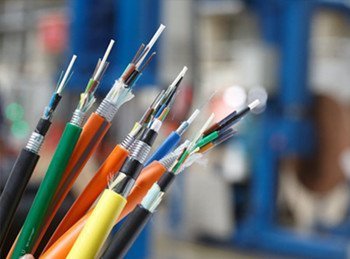 SDM And The Era Of Virtual Cables

admin12 hours agoMay 23, 2022
17
One of the nice things about semi-retirement and working for oneself is that you are your own media relations or...

Trust In Fintechs An Opportunity For Banking Sector

Out With The Old, In With The New “Expanded” CIO/CTO Roles

admin2 weeks agoMay 11, 2022
17
Opinions expressed by Entrepreneur contributors are their own. Ask any CIO/CTO, and they’ll probably tell you they were fighting for...