Stripe  has released data revealing that businesses who accepted Stripe Capital financing* grew their revenue much faster than their otherwise comparable peers.

In an analysis of Stripe users, those with Stripe Capital financing saw revenue growth 114 percentage points higher than peer companies not on Stripe Capital. The impact of financing was even greater for smaller firms—businesses processing less than US$100,000 per year saw revenue growth of 140 percentage points over their peers. These are among the first findings to illustrate a clear causal link between financing and growing payments revenue.

Innovative approaches to financing are helping small businesses stay afloat and even grow at a time when loans are becoming harder to access. Only 5.5 per cent of Stripe Capital users had previously obtained a loan from a traditional lender.

“We started selling our stoves online through Stripe from an eight-by-eight shed,” said  owner of Tiny Wood Stove, which sells stoves for tiny spaces in Hayden, Idaho, Nick Peterson,. “We had dreams for growth, but couldn’t get a bank loan to make them happen. With Stripe Capital financing, those dreams turned into a list that we started checking off. Our growth has snowballed—we now run two warehouses and a workshop, and sell our stoves nationwide.”

This lack of pre-existing banking relationships proved especially detrimental during the pandemic, when businesses without them were far less likely to obtain vital capital.

“We originally opened a virtual restaurant offering curbside pickup and delivery. Its success inspired us to turn it into a full restaurant,” said CEO and co-owner of Chunkay, a Trinidadian restaurant in Riviera Beach, FL, Evita Thomas. “Stripe Capital financing meant we could further invest in the next stage of our business and open a brick and mortar restaurant. We’re now earning double what we used to.”

Stripe Capital, launched in 2019 with Celtic Bank, uses a business’s revenue data on Stripe to offer near-instant underwriting. Instead of dealing with many hours of paperwork or frustrating denials, entrepreneurs can access financing in as little as 24 hours. Businesses automatically pay back their loans as a portion of their future revenue—a flexible model that ties repayment to their financial success, not fixed schedules.

“Small businesses employ half the US workforce, but millions of them can’t access the capital they need to keep their doors open—let alone invest in growth,” said Business Lead of Stripe Capital, Eddie Serrill. “Improving access to financing is one of the most effective ways we can help more entrepreneurs succeed, and support businesses and local economies around the country.”

More than 50 per cent of businesses on Stripe Capital said they used the additional financing to focus on growth, hiring staff, purchasing equipment or inventory, and attracting new customers.

“These funds didn’t just get us through a slow season during COVID, they allowed us to really invest in our business without worrying about cash flow,” said owner of Quartzite Comfort, a heating and air conditioning company in Chewelah, Washington, Steve Newell. “With the financing through Stripe, we purchased another truck for our fleet, added a new team member, and finished creating a showroom in our shop, which ultimately increased our sales.”

Stripe Capital also powers rapid financing offered by some of the world’s leading software platforms, including Jobber and Goodshuffle Pro. Thousands of these platforms now offer Stripe Capital financing and other embedded financial tools—including Stripe Issuing and Treasury—to the millions of businesses who run their daily operations on these platforms, giving them easier access to essential financial services.

Data was gathered on tens of thousands of U.S. Stripe Capital users from February 2020 to May 2021. Stripe compared two sets of users to understand the causal effect of Stripe Capital financing on payments income, performing a randomized control trial against sample peer businesses that did not have access to Stripe Capital to establish statistical significance and a clear causal link between financing and revenue growth.

Additionally, survey feedback was gathered from 500+ Stripe Capital users to understand their preference for financing and challenges related to small business lending.

admin11 hours agoMay 23, 2022
22
The pandemic has posed challenges but also created opportunities for workers and businesses producing and selling biodiversity-based goods and services.... 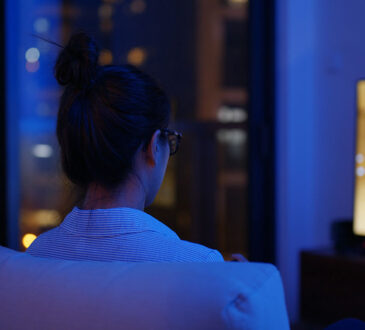 admin12 hours agoMay 23, 2022
16
By Jonathan Easton Streaming grew 10 per cent globally during the first quarter of 2022. According to Conviva, streaming grew... 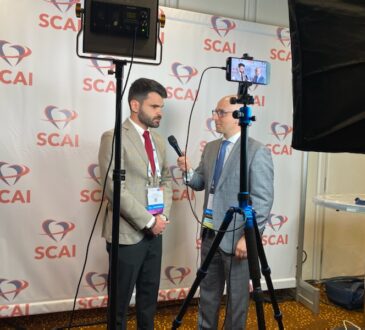 admin12 hours agoMay 23, 2022
17
By Madeline Lauver From cloud migration necessitated by remote work to an increased risk of cyberattacks due to the Russian...