6GWorld recently had the fortune to catch up with leaders at very different young businesses. As we develop 6G, the industry can learn a great deal from these companies about what 6G may have to do in practice, the markets they are aiming to capture and the forces they see at play shaping the digital environment over the coming years, writes ALEX LAWRENCE.

“Have you heard of Nir Eyal? He wrote a book called Hooked and then another called Indistractible,” explained the founder of Innate Mood, Elsa Valentine.

While Eyal’s books were written to help people understand the way their emotional trigger-and-response mechanisms work and become more mindful of them, gaining more self-control, the principles described have been adopted by many tech companies to help them design emotional triggers into their services. By tapping into users’ emotions such as fear, anger, or curiosity they generate a response which, if done right, will become habitual over time. If you find yourself scrolling through Twitter after an alert, or getting out TikTok ‘on automatic’ in a spare five minutes, this is the ultimate reward for players in a digital ‘attention economy’.

“Nir intended it to be used for good, to help users create positive habits around products that would change their lives for the better, but I guess it’s a different argument whether many of these companies are doing that,” Valentine observed.

Indeed, the 2014 protests over Facebook’s demonstration of how it can manipulate mood in users was just the first in a series of revelations over tech companies’ conscious use of emotional hooks to increase engagement, often to the emotional detriment of the users. Since then Instagram and other media have experienced similar pressures, while former Google insider Tristan Harris and others set up the Centre for Humane Technology to address fundamental concerns with the approach such companies take.

While Innate Mood isn’t tackling online harm head-on, it aims to create some very different and more positive habits. It arose, Valentine explained, from working on a previous start-up.

“When we were going through the most challenging times, I realised I’d forgotten to keep track of my mental health, and eventually I got so stressed that my body was shutting down. Then I came up with the idea for Innate Mood, the app. I was looking for a way that people can get a more objective relationship with their internal reality, their emotional state – the invisible stuff that dictates the quality of your life.”

What Goes up Must Come Down, and Vice Versa

Tristan Harris, in this interview, outlines some of the challenges relating to our online media consumption. “I brought Thich Nhat Hanh, who is a famous mindfulness teacher, to Google. He’s 92 years old. When he came to Google, he came because he was worried that this thing in our pocket was making it easier to run away from ourselves. I think we don’t have language for that. We say people check their phone 150 times a day and we don’t make the distinction between 150 calm, deep breath, conscious choices and then 150 anxiety-driven reactions. There’s a difference.”

At its core, Innate Mood aims to be a counter to that reflexive anxiety-driven approach and to enable a more conscious engagement with our own emotions and external triggers.

“If you’re feeling really sad neuroscience dictates that – in that moment – you can’t remember what it felt like to be joyful and you lose all perspective,” Valentine explains. The habitual response for most people would be to either sit with that emotion, act out or avoid it (which might mean more visits to social media for distraction). Instead, the app would prompt a different response.

“You’d record a video of your experience, and the app will show you a video you recorded in a similar sphere when you were feeling the opposite – for example when you were feeling joyful or inspired. It’s really amazing how powerful it is to be lifted out of your slump by yourself. It’s like the ultimate empowerment.”

The service isn’t just a “feel-good” opportunity, however; the self-reflection is structured to help the user learn, Valentine explained.

“Vice versa, when you’re feeling amazing it’s a great moment to retrospect on a time when you were feeling awful because you’re able to be objective in that position. When you’re feeling great you can look back more objectively and go ‘Oh, you know what? Actually I was just reacting to that person, but they didn’t mean any harm. Here’s my new perspective’.”

While keeping a diary isn’t new, being able to find relevant counterexamples in the moment to help people become more aware and objective is an unexpected but useful opportunity to step back from the “engagement” that fuels most digital media. There is, according to Valentine, another level of objectivity too: a calendar feature where you can zoom out and see patterns in your emotions.

The service is still in early stages and being developed to include new functionality beyond the essentials and “a 30-day self-reflection challenge that takes you around different areas of life and emotions.” These aim to help with mindfulness or focus on particular topics such as work, finances or body image.

The response seems to tap into trends which people have tended to look for offline, in ‘digital detox’ situations (notable exceptions including the Calm app). However, rather than being about relaxation, the objective is for growth, even if that’s uncomfortable.

Head of Bridgewater Capital, Ray Dalio is all about self-reflection in order to grow your emotional intelligence so you can make better choices. There’s a big groundswell in that kind of area – people just want to get better at what they’re doing,” Valentine explained.

“We started off being validated by psychologists, life coaches, neuroscientists, from which the response was extraordinarily good: ‘That’s so obvious, why didn’t we do it before?’.”

The uptake has been counter-intuitive, according to Valentine.

“I was quite surprised actually. I had assumed that a lot of our audience would be Gen Z – and they are interested, for sure – but it’s often people who are a little further on in life, in their thirties and forties, who are starting to ask questions and have a little more experience. They’re open-minded and they want to self-improve.”

More than that, there may be additional uses. “We also got approached by a researcher at King’s College, Cambridge about the use of the app to help people recover from brain trauma, which I’m really excited about,” Valentine enthused. Nir Eyal, too, has been involved in creating content for the platform.

One of 2021’s hot terms is “metaverse”, an immersive online environment. It has great potential, but there is a clear risk to our emotional wellbeing if its economy is driven by engagement or attention in the way that today’s hyperscalers are. The emergence of applications like INNATE Mood underlines people’s desire to live in a more mindful way – understanding themselves rather than running away. Will these values come increasingly to be reflected in our lived online experience? Valentine is optimistic.

“One of the human requirements for happiness is growth, yes?” she smiled. “At the beginning we thought it would mostly be women using the service, but it’s not at all. It’s more a state of mind, an attitude, rather than a particular demographic.” 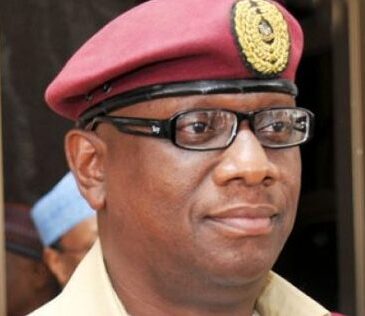 admin3 months agoNovember 3, 2021
203
By Ron Chen, Correspondent ASEAN Region In an insightful conversation with Badr Jafar, Founding Patron of the Centre for Strategic...