The Teams were the first responders at the scene of a leaking petrol tanker, helping to avert a tragedy around the Conservation Toll Plaza, where they spotted the distressed tanker.

The Route and Incident Management team proactively alerted the fire service and other relevant agencies to assist the distressed tanker and prevent a further calamity.

LCC’s Security team ensured there was no breakdown of law and order at the incident scene by warding off miscreants trying to scoop fuel from the broken down tanker.

LCC’s Route Patrol Officers created a diversion from the carriageway to the other side to ensure zero vehicular traffic.

The spilt fuel on the carriageway and side drainage was later neutralized and blanketed by the Lagos State Fire Service, while the leakage on the trailer was also blocked and reduced. The Fire Service team then escorted the trailer to its destination at Ibeju-Lekki before the road was reopened at around 3:00 AM.

Commenting on the incident, LCC’s Head of Route and Incident Management, Michael Aina, said LCC’s efforts and the timely intervention of the other agencies helped avert what could have been a significant tragedy.

Aina, added that LCC provides such value-added services including 24 hours’ Free breakdown/Recovery, emergency assistance and security patrol on the expressway, aside from road maintenance. He also encouraged road users to call LCC Toll free helpline 0800 22 555 22 or 08188779350, 08085834798 for immediate assistance on the Eti-Osa Lekki-Epe Expressway.

admin4 weeks agoNovember 3, 2021
110
By Omar Ford The Delta variant and hospital labor shortages had a significant impact on Abiomed’s most recently reported earnings.... 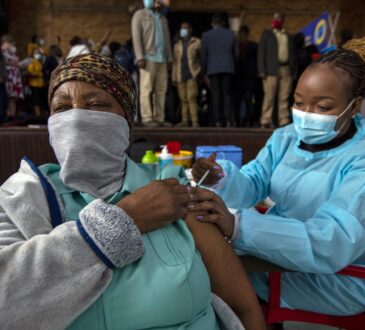 admin1 month agoOctober 29, 2021
147
By Ron Chen, Correspondent ASEAN Region BioNTech SE has announced that the Company plans to initiate the construction of the...