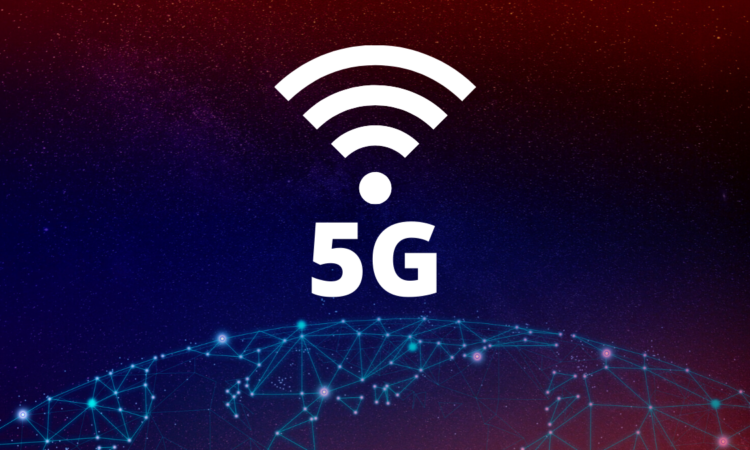 Telecommunications sector regulator, the Nigerian Communications Commission’s (NCC’s) plan for Fifth Generation (5G) technology deployment in the country continues to gather momentum with the Commission confirming that its readiness to begin full implementation is at 97 per cent, a statement by the Commission’s Director of Public Affairs(DPA), Dr. Ikechukwu  Adinde, earlier sighted by Cyber Era NG says.

The Executive Vice Chairman and CEO of NCC(EVC/CEO) Prof. Umar Garba Danbatta, re-affirmed the status of the Commission’s 5G technology deployment at the annual African Tech Alliance Forum (AfriTech 2021) held in Lagos on Wednesday, October 13, 2021 with the overarching theme: “Embracing Changes and Digital Transformation in the New Normal.”

Focusing his presentation on “NCC as a Digital Transformation Crusader and Nigeria’s in-Road to 5G Deployment,” Danbatta stated that, following the advent of COVID-19 pandemic, there had been a change in the dynamics of people’s interaction, especially on the Internet. According to him, almost every means of communication had become virtual in one way or the other.

Danbatta, however, stated that this paradigm shift in communication had led to significant increase in network connectivity requirements as a result of unprecedented upsurge in Internet traffic, occasioned by the use of a plethora of web applications such as Zoom, Microsoft teams, WebEx, Goto, Webner and so on. He said this had made remote work, virtual meetings, virtual studies and virtual healthcare delivery, among others, the new normal.

According to Danbatta, even though, the network infrastructure in Nigeria had demonstrated some capacity to contain the surge in internet traffic, a lot of work was being done by the Commission to boost network capacity, sensitise the public and ensure accessibility to affordable connectivity during the period of the pandemic and beyond.

Due to the network traffic demand,  Danbatta said the NCC was working with operators to implement a number of initiatives to ensure network expansion. These, he said, included ongoing plan to auction spectrum in 3.5 gigahertz (Ghz) band to operators for the deployment of 5G network in Nigeria.

“Consistent with our mandate as enshrined in the Nigerian Communications Act 2003 (NCA-2003) and other guiding legislations, we have been working to ensure the penetration of broadband services in line with Federal Government’s targets, as contained in Nigerian National Broadband Plan (NNBP), 2020 to 2025.

“Already, we are set for the auction some spectrum slots in 3.5GHz band. The other day I was at the National assembly, I informed the senate that we were 95 per cent ready for 5G. Today as we speak, I am delighted to tell you that we are already at 97 per cent completion,” Danbatta said.

“The Committee set up to auction the Spectrum has already developed and Information Memorandum (IM) which is already published for inputs and comments from all industry stakeholders. Prior to this, a 5G deployment plan was developed and we have since secured Federal Government’s approval,” he added.

He said the foregoing  was in addition to a lot of other initiatives being put in place by the Commission to improve broadband connectivity in Nigeria, adding that the surge in Internet traffic induced by COVID-19 had continued to challenge National Regulatory Authorities (NRAs) and other arms of governments to ensure deployment of adequate resources such as spectrum and other forms of support to increase network resilience and accessibility to telecommunication services.

“Emerging technologies such as 5G, which NCC is driving aggressively in Nigeria, Internet of Things (IoT); Cloud Computing; Quantum Computing Augmented/Virtual Reality, and similar emerging technologies are playing a critical role in improving remote communication over the internet with great user experience. The NCC is committed to promoting this inevitable change and enhance user experience through effective regulation of the telecoms sector,” Danbatta said.

The NCC EVC/CEO was represented at the event by Director, Spectrum Administration, Engr. Oluwatoyin Asaju. Also in attendance was Adinde.

Other key industry stakeholders participated at the one-day Forum, which also featured exhibition by some sector players.

admin1 week agoNovember 18, 2021
76
By Emmanuel Oluebube, Correspondent UK The Commonwealth Telecommunications Organisation (CTO) has welcomed the government of the Cayman Islands as an...