It’s a technologist’s market and IT firms are warming up to cool perks and cash-based incentives to retain talent as replacements may come at 20 per cent higher costs. Top performers in HCL Technologies, for instance, might drive home a Mercedes Benz.

HCL CHRO Apparao VV said the proposal is with the board for approval. The company had given out 50 Mercedes Benz cars to top performers in 2013, but later discontinued the practice.“   Replacement hiring cost is 15-20 per cent higher. Hence, we are actively participating in skilling our workforce. If you need a Java developer you will get them at the same price point. But a cloud professional can’t be hired at the same price point,” he said. HCL Technologies plans to hire 22,000 freshers in the current financial year, compared to 15,600 last year.

“HCL has a good retention package with a three-year cash incentive scheme which is 50-100 per cent of the CTC every year. At least 10 per cent of the critical talent in the leadership teams have benefited from it,” he said.

HCL’s IT services attrition on LTM (last 12 months) basis rose by 11.8 per cent in the June quarter, compared to 9.9 per cent in the quarter before. Apparao said Indian IT firms are also dealing with candidates backing out of job offers. “Reneging a job offer is very high today as prospective job-seekers are finding multiple job opportunities,” he said.

TCS CHRO Milind Lakkad said the overall job market is hot. “So, yes, there will be some impact on attrition. But it is part of our operating model, and we will manage that. I don’t think it will have an impact on any business parameter materially,” he said in a recent earnings call.

Infosys’ voluntary attrition, calculated this time on an LTM basis, rather than being quarterly annualised, rose sequentially to 13.9 per cent in the first quarter, from 10.9 per cent. Infosys COO UB Pravin Rao said given the high demand, attrition will probably be around this level for the next couple of quarters.

“There are two factors. One is that growth has come back in a big way after the first quarter. And the second, growth (in jobs) has largely been in India. Our onsite percentage is 24.3 per cent; it was around 27 per cent four quarters ago,” he said. Infosys has introduced skill tags that allow employees to establish their skill expertise in new-age/niche technology spaces.

Wipro’s voluntary attrition rose 340 basis points sequentially to 15.5 per cent. “The dramatic shift to a remote working environment has made labour across all sectors and markets more mobile and liberated. Therefore, higher attrition has become a universal issue,” said Wipro CEO Thierry Delaporte.

Wipro CHRO Saurabh Govil said 10,000 promotions were given during the June quarter compared to 7,300 in the year-ago period. “We will hire 12,000 freshers this year and make 30,000 campus offers to be onboarded in the next financial year. About 22,000 people will join next year,” he said.

Govil said the company is offering skills-based bonuses to employees and about 10,000 of them have got it in the June quarter. “It forms 10 per cent-20 per cent of their salary.” He said a majority of the attrition is in the 2-5 years’ experience levels.

Banking: The White House order pushes for tougher oversight of bank mergers, responding to progressives who began worrying about the deals following the financial crisis. It also pushes the Consumer Financial Protection Bureau to issue rules that will allow customers who switch banks to take their transaction data with them. The CFPB began work on a related rule in October 2020. Apps that pull data about consumer financial transactions want access to that information, arguing that it makes it easier for consumers to invest, borrow or make payments. Consumer advocates argue that it is not always clear how that data is used while banking organizations warn that the apps do not face the same tough oversight that traditional banks do. 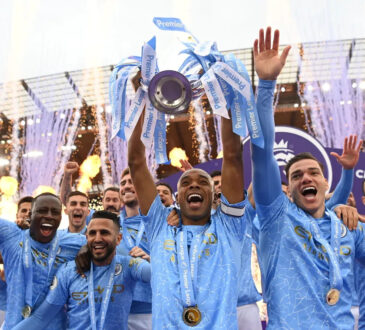 admin13 hours agoJuly 27, 2021
23
By Jonathan Easton The English Premier League has secured a long-term distribution deal in Russia with Match TV. The deal... 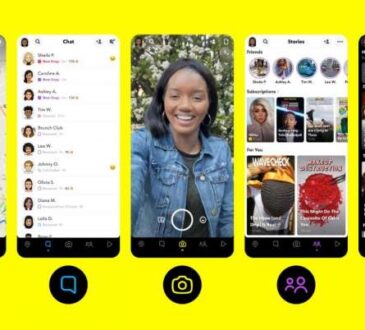 admin2 days agoJuly 26, 2021
53
AT&T indicated it had almost completed a business shift designed to refocus the operator on its core competencies, a move...

admin2 days agoJuly 26, 2021
60
Vodafone Group reported a strong opening to its fiscal year 2022, with revenue in the three months to end-June boosted...