Disturbed at the rising cases and fatalities of speed related road crashes as well as drivers operating without valid driver’s licences, the Corps Marshal of the Federal Road Safety Corps (FRSC), Dr Boboye Oyeyemi, has directed Commanding Officers across the country to intensify special operations targeted at the offenders, in line with the ongoing operation sanity aimed at restoring sanity to the nation’s highways.

According to a press statement released  Sunday by the Corps Public Education Officer, Assistant Corps Marshal(ACM) Bisi Kazeem, which Cyber Era NG sighted, the Corps Marshal expressed dismay over continuing incidents of fatal crashes caused by speed violation with most of the drivers failing to install speed limiting devices in their vehicles despite repeated warnings. This he said, was unacceptable to the FRSC Management and decision had been taken to clampdown on such recalcitrant violators who must be subjected to the fullest sanctions provided by law to serve as deterrence for others.

The Corps Public Education Officer further noted that records of road traffic crashes across the country as collated by the Corps since the beginning of the year indicated sadly, that over 50 per cent of such crashes were attributed to speed violations, saying the Corps Marshal was personally bitter over the unfortunate development and had accordingly directed that special operations aimed at detecting the defaulters and imposing appropriate sanctions to them be intensified immediately nationwide by Commanding Officers, adding during such special operations, all vehicles found to have violated the rules would not only be subjected to the fullest sanctions as provided by the law.

Kazeem  further stated that in the course of the special operations, drivers that were caught with fake, expired or forged driver’s licences would have their vehicles impounded to the offices until they had taken appropriate measures necessary for acquiring the licences and warned drivers to ensure that henceforth they operated with their valid documents, especially the driver’s licence and vehicle papers to avoid having their vehicles impounded.

It would be recalled that the FRSC had, in the last few years, initiated the ideas of speed limiting devices in commercial vehicles after due consultation with the relevant stakeholders as a way of involuntarily controlling speeds which had been identified as the main causative factors in road traffic crashes. Following the Presidential directives on the policy, the enforcement commenced earnestly and has been on with special operations targeted at the offenders. The continuing incidents of speed related crashes despite the measures and failure of the drivers to voluntarily regulate themselves have now led to the new  step by the Corps to restrategise on the enforcement through the renewed special operations.

Accordingly, ACM Kazeem vowed that no offenders would be spared  as Commanding Officers have been given the mandate by the Corps Marshal to act decisively on them with renewed vigour. 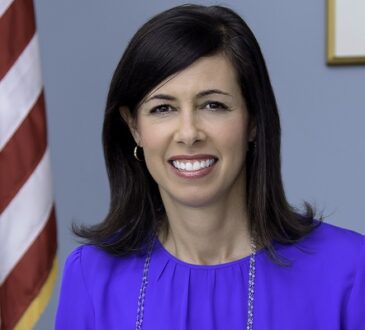 admin1 week agoJuly 19, 2021
55
From  ITU News A new ITU standard is under development to describe the information that a sustainability passport for digital...

admin3 weeks agoJuly 9, 2021
133
By Clifford Agugoesi, Editor-in-Chief With firm eyes on its statutory responsibility under the Nigerian Communications Act 2003,telecommunications sector regulator, the...