Several multinationals have begun evaluating their organisational structures as many countries will start initiating their own domestic tax measures in line with the global minimum corporate tax regime that comes into effect in 2023.

Some top multinationals, including technology and pharmaceutical majors, have roped in global tax advisors and could go for a massive overhaul of global organisational structures, said people with direct knowledge of the matter.

Tax havens such as Ireland, Luxemburg, Mauritius and Cayman Islands were used by companies to make investments across the globe or hold patents to reduce their tax outgo.

“Many tech and pharma multinationals that would house their IPs (intellectual properties) and investment SPVs (special purpose vehicles) in countries such as Ireland, Luxembourg, and Switzerland, are now re-looking at options as many countries will start initiating their own domestic tax measures, including GAAR (general anti avoidance rule),” said partner at tax advisory firm KNAV, Uday Ved.

Take an Indian unicorn as an instance. The company is looking to foray into Europe and wanted to set up an SPV in Ireland for tax purposes. The tech startup’s tax advisors have advised against that as it may not serve any purpose as far as saving tax is concerned, said a person aware of the development.

ET on July 12 reported that cracks seem to be appearing in the OECD’s global tax deal.

The OECD is trying to gather full consensus and sort out differences regarding the OECD/G20 Inclusive Framework Tax Deal by the G20 Summit that to be held in Rome in October 2021.

OECD was hoping to introduce the Base Erosion and Profit Shifting (BEPS) framework, whereby a minimum tax is paid on global revenues of every company—irrespective of their structures.

“Countries will think of implementing or continuing unilateral measures if there is no universal tax deal based on consensus. This would mean that MNCs will face double or even triple taxation across countries on the same profits. That may then open avenues for multinationals to evolve business models, reducing the impact. Despite that, some of this could be passed on to the end consumers,” says partner, Dhruva Advisors, Ajay Rotti.

Insiders say that many multinationals are also getting internal restructuring done to make sure that they don’t end up with adverse tax impact.

Most countries such as India, UK, and France have brought in their own unilateral domestic tax laws to tax multinationals.

The fear is also that going ahead, multinationals may confront a spectre of double or triple taxation.

India already has introduced GAAR that would target companies and entities that use tax havens to save tax.

India has also introduced significant economic presence (SEP) provisions in May, primarily intended to  target digital multinationals that operate in the country without a permanent establishment— a concept in taxation that decides which country has the first right to tax profits of a company and to what extent, Under SEP, the user base threshold has been defined for taxation.

Several economists have pointed out that countries will increasingly focus on taxes as they will see their expenditure rise on account of covid pandemic and vaccination and other infrastructure investments.

India already has an equalisation levy; a tax applicable on advertising and other revenues of companies such as Google, Facebook, Amazon and Apple.

Tax experts say that going ahead multinationals may just pass on these taxes to end consumers.

“Even today, in the absence of a consensus, the equalisation levy charged by India on Apple is being passed on the consumers buying products in the Apple store. Apple revised the prices once the equalisation levy was introduced and stated the same clearly. These practices may become more widespread,” said Rotti.

ET had first written on October 31 last year that Apple is passing on the 2 per cent equalisation levy, aside from 18 per cent goods and services tax (GST), to Indian consumers who buy apps or any other product from its iTunes or App store.

Several companies have created holding entities in tax havens where most profits are accumulated or where intellectual properties are housed. And since the tax rates in these jurisdictions are close to nil, they end up saving taxes on the total income.

admin4 days agoJuly 24, 2021
97
By Luciana Viegas Assumpcao, IAEA Office of Public Information and Communication In the last part of his visit to Brazil,... 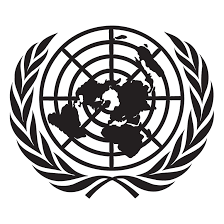 admin2 weeks agoJuly 14, 2021
46
One year ago, we came together at this Forum amidst immense uncertainty in our world.  The COVID-19 crisis had already...