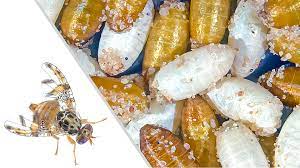 Fruit flies can be a nuisance in one’s kitchen. More importantly, across farmlands around the world, these highly destructive pests can wreak havoc among fruit and vegetable production. Nuclear science and technology have helped to suppress such pests in an environment-friendly manner with the sterile insect technique (SIT). The IAEA, in cooperation with the Food and Agriculture Organization of the United Nations (FAO), has helped countries implement SIT, in which irradiation is used to sterilize insect pests and thereby suppress or eradicate their populations over time, shares JOANNE LIOU.

It is typically female insects that damage fruits by laying eggs in them. SIT, during which hundreds of millions of insects are reared and released, needs to focus on the male insect, which do not destroy produce or cause economic damage. Therefore, SIT is most efficient when males can be separated from females before irradiation. “The efficiency and cost effectiveness of SIT is enhanced by male-only releases, which are usually achieved through separation methods, such as genetic sexing strains (GSS),” said a molecular biologist at the Joint FAO/IAEA Centre of Nuclear Techniques in Food and Agriculture and co-author of a paper published earlier this year in Nature Communications, Konstantinos Bourtzis. GSS enables the separation of large numbers of insects according to sex earlier in the insects’ development cycle (see Genetic sexing for more efficient SIT application). “One of the costliest components of SIT is rearing,” Bourtzis continued. “Why rear females if we do not need them for releases?”

The GSS requires a selectable gene marker, a specific gene that is linked to the sex of the insect and allows the separation of males from females. One selectable marker that has been used for the construction of GSS in some of the most destructive tephritid pest species – Ceratitis capitata (Mediterranean fruit fly), Bactrocera dorsalis (Oriental fruit fly) and Zeugodacus cucurbitae (melon fly) – is the colour of pupae. Pupae are insects in immature form between larvae and adults.

“It is now possible to create such colour variants in new species in a targeted manner. This can be conducted effectively through minimally invasive genome editing and without introducing any foreign genes,” said Marc F. Schetelig of the Institute for Insect Biotechnology at Justus-Liebig-University Giessen and co-author of the study. “Bringing this system to new species will expand the reach of SIT programmes and allow for improved and successful area-wide insect pest management.”

A genetic sexing strain (GSS) is a strain that allows male-only releases for SIT applications. With GSS, a given selectable marker, usually a phenotypic trait, is linked to sex to aid in the sorting process. Some GSS could include more than one marker. The VIENNA 8 strain of the Mediterranean fruit fly carries two selectable markers, the white pupae (wp) gene and the temperature sensitive lethal (tsl) gene. Like the wp gene, the tsl gene is a key marker since it has allowed the linkage of temperature resistance to males and temperature sensitivity to females. When embryos are exposed to elevated temperatures, at 34 or 35 degrees Celsius, only males survive. “In this particular GSS, the white pupae gene allows us to monitor the genetic stability of the sexing system by removing any ‘escapers,’ such as individuals who have the wrong pupae colour or the wrong tsl profile,” Bourtzis said. The GSS supports cost effective male-only production and releases for SIT applications, as resources are not spent on rearing and sterilizing females that need to be discarded, thus optimizing mass-production and field implementation.

admin22 hours agoJuly 27, 2021
126
Reliance Industries issued COVID-19 (coronavirus) vaccinations to almost all staff and their families, as it worked to tackle a second... 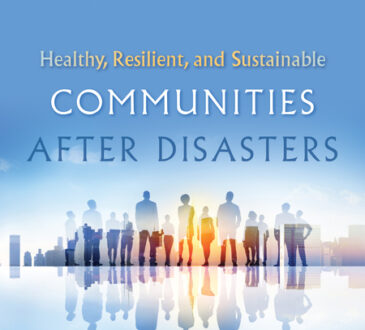 admin5 days agoJuly 23, 2021
62
By Godson Umejiego, Correspondent USA The FDIC has announced a series of steps intended to provide regulatory relief to financial...

admin3 weeks agoJuly 9, 2021
62
Most companies are proceeding cautiously, trying to navigate declining COVID-19 infections against a potential backlash by workers who are not...

admin3 weeks agoJuly 5, 2021
90
A group of children in a village named Parapetta in Kerala were cut off from the education system due to...