Tech giant Apple is working on developing a system that could integrate spatial audio experiences into virtual or mixed reality platforms, potentially for a head-mounted device like Apple Glass.

Apple likely to bring Spatial Audio system for VR devicesSan Francisco: Tech giant Apple is working on developing a system that could integrate spatial audio experiences into virtual or mixed reality platforms, potentially for a head-mounted device like Apple Glass.

In a patent application on July 8, Apple details an interface system that could present a “synthesized reality” to users.

However, the patent application details how this reality could go beyond visual and include other senses, such as hearing, reports AppleInsider.

A synthesised reality, in this case, is defined as an entirely or partly computer-generated setting that a user could interact with or sense. That covers both virtual reality and augmented reality — both technologies that Apple is rumoured to be working on.

The patent details a user interface system that could adjust an experience beyond the visual.

“For example, an SR system may detect an individual walking a few paces forward and, responsive thereto, adjust graphics and audio presented to the individual in a manner similar to how such scenery and sounds would change in a physical setting,” the patent reads.

Apple in 2021 introduced a new Spatial Audio feature that recreates the experience of listening to the audio content in three-dimensional space.

The Cupertino tech giant is said to be working on multiple head-mounted devices, including a mixed-reality visor aimed mostly at gaming and interactive experiences and “Apple Glass,” a more compact HMD that would integrate with an iPhone.

Smart TVs To Become The Majority Within Five Years 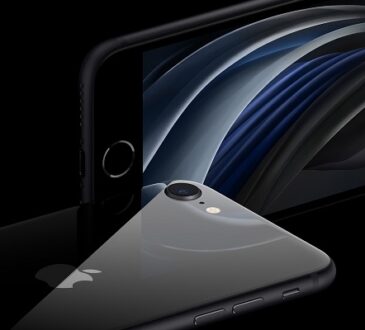 admin6 days agoJuly 22, 2021
57
Apple was reported to be preparing to unleash its first 5G-enabled iPhone SE model, seeking to broaden access to the...