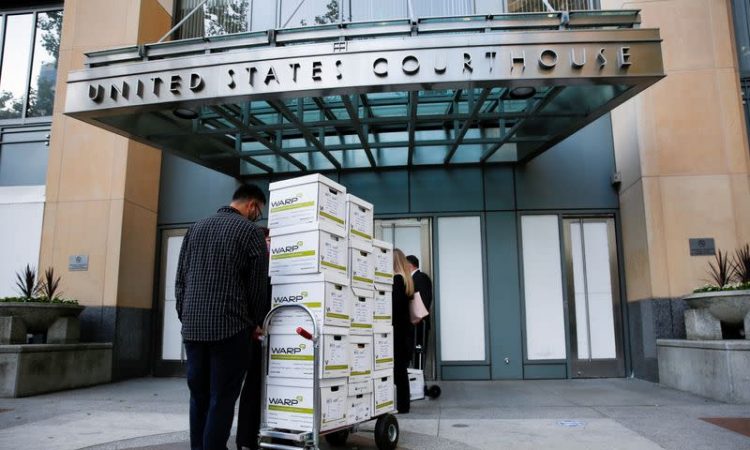 The chief executive of “Fortnite” creator Epic Games testified on Monday that he knew he was breaking Apple Inc’s App Store rules by putting Epic’s own in-app payment system into the game last year but wanted to highlight Apple’s sway over the world’s iPhone users, which now total 1 billion.

“I wanted the world to see that Apple exercises total control over all software on iOS, and it can use that control to deny users’ access to apps,” Tim Sweeney said from behind layers of plexiglass in a federal courthouse in Oakland, California, on the first day of an antitrust trial against Apple.

The trial, expected to run three weeks, brings to a head a lawsuit Epic brought last year in the U.S. District Court for the Northern District of California that centers on two Apple practices that have become cornerstones of its business: Apple’s requirement that virtually all third-party software for the world’s 1 billion iPhones be distributed through its App Store, and the requirement that developers use Apple’s in-app purchase system, which charges commissions of up to 30 per cent.

Epic broke Apple’s rules in August when it introduced its own in-app payment system in “Fortnite” to circumvent Apple’s commissions. In response, Apple kicked Epic off its App Store.

Epic sued Apple, alleging the iPhone maker is abusing its power over app developers with App Store review rules and payment requirements that hurt competition in the software market. Epic also launched an aggressive public relations campaign to call attention to its allegations just as Apple’s practices have come under scrutiny from lawmakers and regulators in the United States and elsewhere.

In opening arguments, Epic attorney Katherine Forrest of Cravath, Swaine & Moore laid out the gaming company’s argument that Apple has “brick by brick” built its App Store into a “walled garden” meant to extract fees from developers who want to access Apple’s 1 billion iPhone users. Forrest argued that Apple has locked those users into its ecosystem with apps like iMessage, which lets Apple users send messages to other devices but has limited functionality when communicating with Android users.

“The most prevalent flower in the walled garden is the Venus fly trap,” Forrest argued before Judge Yvonne Gonzalez Rogers.

Apple has countered Epic’s allegations by arguing its App Store rules have made consumers feel safe and secure in opening up their wallets to unknown developers, helping create a massive market from which all developers have benefited. Apple argues that Epic intentionally broke its contracts with Apple because the game maker wanted a free ride on the iPhone maker’s platform.

In opening arguments for Apple, attorney Karen Dunn of Paul, Weiss noted Epic is asking the judge to force Apple to let third-party software be installed on its phones outside the App Store, similar to the “side loading” the Android operating system already allows.

“Epic is asking for government intervention to take away a choice that consumers currently have,” Dunn told the court.

The courtroom was closed to the public, but in the audience as a “corporate witness” for each side were Epic’s Sweeney and Phil Schiller, Apple’s App Store chief.

During his testimony, Sweeney said Epic does pay commissions to other platform owners such as Sony Group Corp’s PlayStation and Microsoft Corp’s Xbox but explained that those hardware makers use fees from developers to subsidize the further development of their hardware.

Judge Gonzalez Rogers also asked her first direct questions of the trial during Sweeney’s testimony, inquiring whether Apple’s original iPhones from 2007 and 2008 were sophisticated enough to run Epic’s video games. Sweeney said they were not.

“So Apple did have to do something to the iPhone itself in order for it to be sophisticated enough to play your software? How is that any different than consoles?” she asked.

Sweeney responded that the hardware development was similar, but the two devices had different business models.

Sweeney and Schiller are expected to attend the entire trial, which will also feature in-person testimony from Apple Chief Executive Tim Cook and other senior executives at both firms.

Epic is not seeking monetary damages but is asking the court to hand down orders that would end many of Apple’s practices. 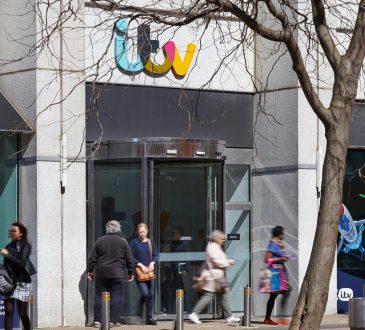 admin7 days agoMay 1, 2021
27
By Richard Middleton UK commercial broadcaster ITV has warned it could stop being a public service broadcaster (PSB) unless “radical”...

admin1 week agoApril 30, 2021
25
In March, the apex court said companies that distribute software of overseas entities in India are not liable to withhold...