Brussels Airport has announced it has successfully tested drones for inspections and surveillance using its private 5G network, installed by network vendor Nokia and network operator Citymesh. Local air traffic control and management company Skeyes has also been involved in the test flights in the airport area.

Citymesh, which joined with European IT company Cegeka at the end of 2020 in bid to establish a “fourth national operator in Belgium, said drone flights were controlled from its headquarters in Oostkamp, near Bruges, about 100 kiloemtres from the airport. The flights “flew over” the private 5G network at the airport during beyond visual line-of-sight (BVLOS) tests. The airport is around 12.5 square kilometres in size.

It said in a statement: “This is the first time a drone flight in the airport area is done remotely. The network that Citymesh installed with Nokia in 2019 effortlessly bridges large distances at height to and from drones, while high-definition video images and real-time control remain possible. The pilots can perform a flight anywhere and anytime, as long as there’s a connection to the Brussels Airport network.”

The so-called ‘safety drone’ has performed a number of security tasks on the airport grounds, it said. One simulation tested how drones can be used by security services for inspections and surveillance of the airport; the second focused on “an incident involving an aeroplane”, to demonstrate the value to “arrive at the scene very quickly” and “broadcast information to relevant authorities, even before they arrive”.

A third simulation mapped the wildlife population along the runways, said Citymesh. The team also tested a drone detection system for the airport to detect unauthorized drones. A statement said: “A drone can be a unique way to swiftly and accurately obtain a detailed overview of current circumstances in an area this large… This project aims to map the use of these drones and further investigate the synergy of manned and unmanned flights.”

During the tests, air traffic was managed, and the airport was “disrupted as little as possible”. Citymesh said: “Part of the runways were closed and activities on and around the runways were kept to a minimum. This allowed the drones to always keep a sufficient distance from people, buildings and aircraft. Everything happened in close collaboration between the air traffic controllers in the tower, the airport operations centre, Citymesh and Skeyes.”

Chief executive at Citymesh, Mitch De Geest commented: “The use of drones is just one of the possibilities that will become a reality thanks to the mobile private network that was rolled out by Citymesh across the airport grounds.”

Chief executive at Brussels Airport, Arnaud Feist said: “It is important for our airport to continue to focus on innovation. Although drones and aviation do not initially seem like a good combination, this is a new reality, the possibilities of which must be explored. Today, thanks to our private 5G network, we managed to control a drone remotely, which is an innovative first together with our partners. Drones can be additional tools in our operations, and these tests will give us more insight into the possibilities.”

Brussels Airport said, in late 2019, it was “one of the first sites in Belgium and one of the first European airports” to install its own private 5G network. It has used Nokia’s Digital Automation Cloud solution. It said it would deploy “even more technologies”, including “IoT, automated vehicles, mobile security systems, and track and trace technology”.

The deal with Cegeka at the end of 2020 is geared around mobile connectivity solutions for industry. ‘This partnership… offers real convergence between telecom and IT,” the firm said at the time. The deal has seen Gridmax, the Walloon operator that was acquired by Cegeka in the first half of 2020 and which also holds a 5G licence, will be integrated into Citymesh.

De Geest said: “The real power of private 5G networks for the B2B market lies in infrastructure virtualization, AI tools driven by edge and cloud infrastructure. Cegeka is the market leader in these fields, which enables us to offer state-of-the-art 5G networks together.”

In November, Citymesh struck a deal with Belgian operator Proximus to offer mobile and fixed telecom services on the Proximus network in Belgium, running alongside localised cellular services in its own spectrum. The agreement on mobile services extends to a wholesale-based mobile virtual network operator (MVNO) arrangement, enabling Citymesh to run localised enterprise traffic from its private LTE and 5G setups in its own spectrum into wider-area coverage under its own brand.

But the company has focused on delivering connectivity to industrial sectors, in particular with the supply of 5G networks for construction, maintenance and monitoring of offshore wind farms. These include operational 5G networks in the Belgian, Dutch, and German North Sea, as well as in the United States. The company expanded its spectrum holding in Belgium to 100MHz of the 3.5 GHz band, also last November.

It will use the new tranche of spectrum to bolster private 5G capacity in the North Sea, including to support the Belgian government’s rollout of new wind farms. The Belgian Institute for Postal Services and Telecoms (BIPT) has granted Citymesh an increased holding in the 3.5 GHz band on the North Sea, taking its allocation from 40MHz to 100MHz. The firm is in the process of building a redundant network for all wind farms in the Belgian North Sea, combining cellular 5G and Wi-Fi mesh infrastructure. It is working with Nokia on the 5G arrangement. 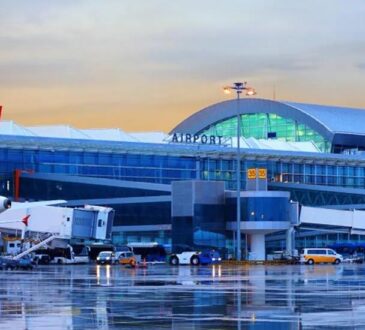 The Time For Airports To Digitalize Is Now

admin3 days agoSeptember 21, 2021
35
Aviation has always been at the cutting edge of technology, adopting new innovations that made it a critical player in... 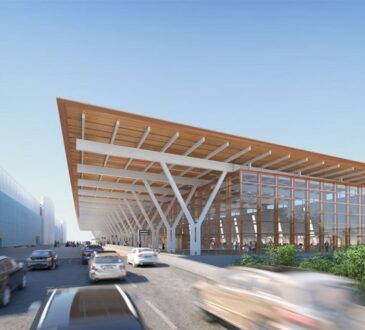 admin1 month agoAugust 18, 2021
105
By Juan Pedro Tomás Siemens and SITA said they are providing the Kansas City Aviation Department with “future-proof” technologies for...

admin3 months agoJune 29, 2021
249
By Emmanuel Oluebube, Correspondent UK A leading provider of air travel data and insights, OAG has announced the availability of...