LM Ericsson’s Annual General Meeting (AGM) was held on March 30, 2021. Due to the COVID-19 pandemic, the AGM 2021 was conducted without the physical presence of shareholders, representatives and third parties and the shareholders were able to exercise their voting rights only by post before the meeting. To allow shareholders to listen to management and ask questions, the Company also held an on-line shareholder event before the voting deadline.

Adoption of the Profit and Loss Statements and the Balance Sheets

The AGM resolved to adopt the Board of Directors’ remuneration report for 2020.

The members of the Board of Directors and the President were discharged from liability for the financial year 2020.

The AGM elected Board members in accordance with the proposal of the Nomination Committee. Ronnie Leten was re-elected as Chair of the Board and Jon Fredrik Baksaas, Jan Carlson, Nora Denzel, Börje Ekholm, Eric A. Elzvik, Kurt Jofs, Ronnie Leten, Kristin S. Rinne, Helena Stjernholm and Jacob Wallenberg were re-elected as Board members. It was also noted that the unions have appointed Torbjörn Nyman, Anders Ripa and Kjell-Åke Soting employee representatives in the Board with Per Holmberg, Ulf Rosberg and Loredana Roslund as deputies.

Board of Directors’ Fees

The AGM approved the Nomination Committee’s proposal to enable payment of part of the fees to the members of the Board for the Board assignment, in the form of synthetic shares.

The AGM elected Deloitte AB as auditor for the period up until the end of the AGM 2022.

Amendment of the Articles of Association

The AGM resolved to amend the articles of association in accordance with the Board of Directors’ proposal in order to facilitate and increase the flexibility in conducting General Meetings of shareholders, including through introducing a possibility of postal voting.

In accordance with the Board of Directors’ proposals, the AGM resolved on implementation of LTV 2021 for the members of the Executive Team (currently 15 individuals), comprising a maximum of 2.1 million B-shares in Ericsson. “Performance Share Awards” will be granted free of charge entitling the participant to receive a number of shares, free of charge, following the expiration of a three-year vesting period, provided that certain performance conditions are met and that the participant retains his or her employment. The performance conditions are based on TSR (total shareholder return) development during a three-year period (absolute TSR-development and relative TSR-development) and a one-year group operating income target for 2021. All targets have a three-year vesting period. The Company has approximately 3.3 billion shares in issue. The 2.1 million B shares covered by LTV 2021 correspond to approximately 0.1 percent of the total number of outstanding shares.

Furthermore, the AGM resolved to approve the Board of Directors’ proposal to hedge the company’s undertakings under LTV 2021 through an equity swap agreement with a third party.

The AGM resolved to approve the Board of Directors’ proposal on transfer of not more than 1.9 million treasury shares of series B to employees under the previously resolved and ongoing LTV 2020 and not more than 600,000 treasury shares of series B on Nasdaq Stockholm prior to the AGM 2022 to cover certain expenses, mainly social security charges in relation to LTV 2020.

The AGM further resolved to approve the Board of Directors’ proposal on transfer of not more than 1.6 million shares of series B on Nasdaq Stockholm prior to the AGM 2022 to cover certain expenses, mainly social security charges, which may occur in relation to previously resolved and ongoing LTV programs; LTV 2018 and LTV 2019. 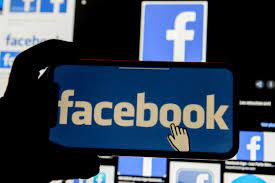 admin2 weeks agoApril 27, 2021
25
By Stuart Thomson Orange has secured control of just under 75 per cent of Orange Belgium shares after the closure...