GlobalData’s report, ‘China Beverages Consumption Trends and Forecasts Tracker, Q4 2020 (Dairy and Soy Drinks, Alcoholic Drinks, Soft Drinks and Hot Drinks)’, reveals that the measures taken by China to combat the spread of COVID-19 helped the country’s economy to recover quickly. This allowed Chinese GDP to achieve annual growth of 6.5 per cent in Q4 2020. China’s GDP reached C¥101,598.6 billion (US$15,570.9 billion) in 2020, up by 2.3 per cent in annual terms.

Hot drinks saw their volumes rise by 3.7 per cent while dairy drinks’ consumption rose by 3.8 per cent. Soft drinks, on the other hand, declined marginally at a rate of 0.2 per cent while volumes of alcoholic drinks fell by 1.4 per cent in Q4 2020.

Consumer Analyst at GlobalData, Anchal Bisht says: “Thanks to the gradual reopening of foodservice establishments, the hot coffee segment returned to growth in Q4 2020, with volumes increasing by 3.8 per cent annually.”

The alcoholic drinks sector recorded a 1.4 per cent annual fall in volumes in Q4 2020, which represented a slight improvement on previous quarters. Beer and spirits were driving forces behind this decline. Niche products such as sake and flavored alcohol registered growth. However, on-premise volumes failed to reach pre-pandemic levels.

Ms Bisht concludes: “Major progress in the vaccination drive helped in the recovery of the country’s economy, enabling the beverage industry in China to recover faster than most nations worldwide.” 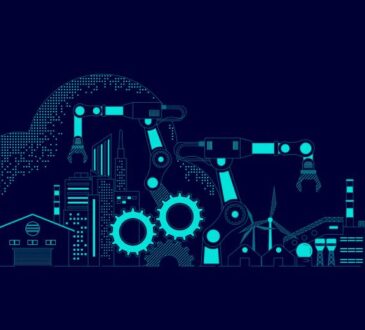 Endpoint Security Challenges In Manufacturing OT And IT Systems Survey

admin1 day agoFebruary 7, 2023
51
Increased cyberattacks on the manufacturing sector now account for one-third of all successful ransomware attacks. Let that sink in. The...

admin7 days agoFebruary 1, 2023
56
A case-studies report released last week by the Idaho National Laboratory shows utilities can use new technologies to expand the...