The African Development Bank Group (AfDB) has announced the appointment of Gauthier Boulard as Director and Special Advisor in the Office of the President, effective 1 January 2021.

In his new role, Gauthier will support President of the African Development Bank Group Akinwumi Adesina, to strengthen partnerships and engagements with multilateral development banks, international institutions and global initiatives to coordinate international financing for development. He will also support the President in outreach efforts to strengthen relations and engagements with non-regional member countries of the Bank Group and to promote the development priorities targeted by Bank Group strategies.

Gauthier, a Belgian citizen, is a seasoned professional in international negotiations and relations with various stakeholders. He has over 20 years of experience on multilateral development banks and international institutions, gained from his employment in the national civil service and in international bodies. Gauthier joined the Bank for the second time in November 2015 as Chief Resource Mobilization Officer in the sovereign division of the Resource Mobilization and External Finance Department (FIRM). In early 2019, he was appointed as Manager for the same division, where he worked on coordinating African Development Fund (ADF) replenishments and monitoring, culminating in the successful fifteenth replenishment at the end of 2019. He actively participated in the internal committee and external working groups on financing innovations for the future of ADF. He also led the Bank’s partnerships with several sovereign counterparts and managed both the co-financing facility and trust funds to boost the Bank Group’s financial capacity to deliver on its development mandate.

Before joining the Bank, Gauthier served at the Treasury, Ministry of Finance, in Belgium, where he gained solid experience on multilateral development banks – World Bank and regional development banks – and the European Union. From 2003 to 2009, Gauthier served on the African Development Bank Group’s Board of Directors as Senior Advisor to the Executive Director representing Belgium, France and Italy. After his term at the Bank (2009-2015), he returned to the Department of International and European Financial Affairs at the Belgian Treasury. He represented Belgium in many international meetings and negotiations, including in the special task force to design the European Fund for Strategic Investments (EFSI) in the EU. Between 2014 and 2015, he was a member of the European Investment Bank (EIB) Board of Directors.

Commenting on his appointment, Gauthier said: “I am very happy to work with President Adesina to support his vision for the Bank and strengthen the Bank’s engagement with non-regional shareholders and multilateral partners”.

Gauthier holds 2nd and 3rd cycle diplomas in Political Science and International Relations and Political Sociology from the Université Libre de Bruxelles (ULB), as well as a postgraduate degree in Management (advanced level) from the Brussels Business and Management School.

Commenting on the appointment, Dr. Adesina said “during my second term as President of the African Development Bank, I have prioritized knowledge, financial and investment partnerships. Gauthier will support my vision and drive to build stronger strategic partnerships with multilateral development banks, international financial institutions, and with non-regional shareholders of the Bank. He is a highly respected professional, with a solid track record in negotiations and partnerships”. 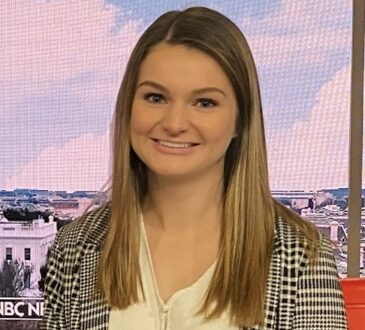 admin3 days agoNovember 25, 2022
48
By Stuart Thomson Satellite operator Eutelsat has named Christophe Caudrelier as its new chief financial officer, effective as of January 2 2023. Caudrelier’s appointment follows the announcement by Sandrine Téran that she is stepping down as CFO to move on to other professional projects. Caudrelier joins Eutelsat from Tikehau Ace Capital Partners where he served as operating partner – finance. Tikehau Ace Capital Partners, a subsidiary of Tikehau Capital, is a private equity firm specialised in strategic industries and technologies with more than €1 billion in assets under management with...
CORPORATE APPOINTMENTS/DEPARTURES

admin3 days agoNovember 25, 2022
41
By Joanna England Pleo has announced the appointment of its new CTO as part of the fintech’s growth strategy. Meri Williams, who formerly worked with Monzo, is joining Pleo as the fintech’s new Chief Technology Officer for the UK and Ireland. Pleo, which claims to be Europe’s leading business spending solution, specialises in supporting small and medium-sized businesses to transition into a digital finance and payments space. The fintech is also investing in strategic talent for its UKI team as a result of sustained scaling within the company. New Pleo...
bahis canlı casino siteleri canlı bahis siteleri