The European Bank for Reconstruction and Development (EBRD) is promoting the expansion of renewable energy in Egypt by supporting one of the first green private-to-private projects in the country, with an initial US$ 4.2 million loan to TAQA PV for Solar Energy, TAQA Arabia’s renewable energy subsidiary.

The loan is part of a financing package of up to US$ 10 million to expand TAQA Arabia’s private-to-private renewable energy business.

The EBRD funds will finance the construction and operation of a 6 MWp solar photovoltaic power plant located at Dina Farms in the Beheira governorate, 80 km from the Egyptian capital Cairo. This photovoltaic power plant will enable Dina Farms, the largest dairy farm in Africa, to cover part of its energy consumption with clean energy. TAQA PV for Solar Energy will sell all of its generated energy to Dina Farms under a 25-year power purchase agreement (PPA).

The plant is the first private-to-private renewable energy project financed by the EBRD in Egypt involving direct electricity supply from a privately owned generator to a private off-taker through a corporate PPA.

The EBRD’s investment will contribute to Egypt’s ongoing energy transition by supporting the growth of renewable energy. The Egyptian government has declared a target of achieving 20 per cent of the country’s electricity generation capacity from renewable sources by 2022 and 42 per cent by 2035.

The government has pursued energy diversification and liberalisation by facilitating a market for private renewable energy development in recent years. The price of electricity produced by renewable projects in the country has been steadily decreasing to become more competitive than energy produced using conventional fossil fuel sources. This has created strong demand in Egypt from heavy consumers of electricity in the commercial and industrial sectors seeking access to electricity from private renewable energy producers.

TAQA Arabia’s CEO, Pakinam Kafafi said: “I am thrilled about TAQA and the EBRD’s partnership in the development of such a great sustainable project and the launch of one of the first private-to-private renewable energy projects in Egypt. I believe that this is just the beginning of further fruitful cooperation.”

TAQA PV for Solar Energy is a project company incorporated in Egypt for the purposes of developing the private-to-private renewable energy business of TAQA Arabia SAE, an Egyptian joint stock company

TAQA Arabia and Dina Farms are part of the core subsidiaries of Qalaa Holdings. Qalaa Holdings builds responsible and sustainable businesses that create social and economic value, and operates in sectors such as energy, cement production, agrifoods, transport and logistics, mining, printing and packaging.

This is the EBRD’s first project in Egypt under the Southern and Eastern Mediterranean Private Renewable Energy Framework (SPREF), which supports the development and financing of innovative business models and to mobilise private finance for renewable energy projects in the SEMED region. The framework is supported by the Global Environment Facility and the Clean Technology Fund. SPREF is also under the umbrella of the Regional Dialogue Platform on Renewable Energy and Energy Efficiency, created by the Union for the Mediterranean, to promote the deployment of renewable energy and energy efficiency measures in energy generation, transmission, distribution and end use.

To date, the EBRD has invested more than €7 billion in 125 projects in Egypt, where the Bank’s areas of investment include the financial sector, agribusiness, manufacturing and services, as well as infrastructure projects such as in the power sector, municipal water and wastewater services and transport.

admin3 days agoNovember 26, 2022
35
By ITU News In Mexico, around nine million women suffer some form of digital harassment every year. In 2020, the organization Luchadoras (Fighters) opened a support service for victims of online violence in the country. Through social media, e-mail, messaging apps, a phone line, and other channels, any woman can get in touch for advice on how to respond to online harassment. Kicking off amid the COVID-19 pandemic, the initiative received 470 requests for support from women in Mexico and other parts of the world in its first year of... 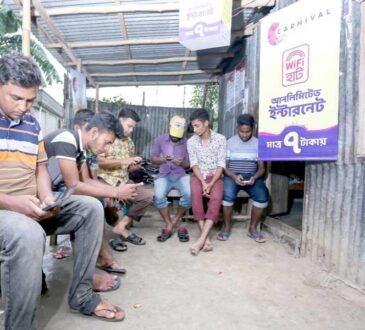 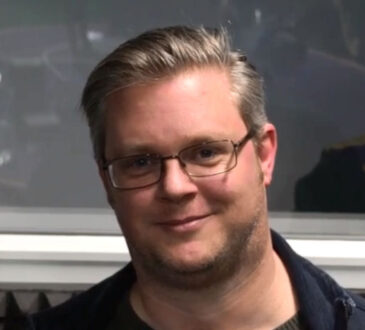