One of the most grueling sporting events starts every four years in a small town on the west coast of France, named Les Sables d’Olonne. The event is called the Vendée Globe and is the only non-stop, solo, unassisted, around-the-world sailing race on a monohull boat. Each one of these challenges – non-stop, solo, unassisted and around the world – is difficult enough in its own right. Combine all of them in a single event, and you have the loneliest and most extreme competition, often called the “Everest” of sailing. An event that stresses the boats to the extreme, pushes the physical and mental capacities of the skippers, and exposes both to the most dangerous environments on Earth.

On Sunday, November 8, Alex Thomson (along with 32 other skippers) set out for this year’s edition of the Vendée Globe in his latest attempt at conquering the oceans and winning the race. The fact that the race even takes place this year amid the global pandemic is a feat in itself.

Alex has to navigate his 60-foot monohull HUGO BOSS through nearly every extreme environment the oceans can offer. He must be prepared to weather not only anticyclones, tropical depressions and storms but also the doldrums. He will need to avoid ice flows, icebergs, and even floating debris and cargo containers. He will sail more than 28,000 miles before he reaches the finish line back in Les Sables d’Olonne, traversing four of the world’s oceans, braving extremes in heat and cold and navigating some of the most unforgiving waters on the globe. This is exactly the kind of extreme challenge that is part of our DNA at Nokia Bell Labs. How can technology and innovation be brought to bear in these extreme environments and improve performance and safety for Alex and the boat? In 2018, Nokia entered into a technology partnership with Alex Thomson Racing with the singular goal of helping Alex achieve his life-long ambition of winning the Vendée Globe. To give the technological edge he needed, Bell Labs and the ATR team had to solve some of the biggest challenges facing Alex in the race.

We have developed game-changing technologies to help him reduce mental and physical stress, increase his awareness of the boat and his own well-being, and augment his decision-making. Advanced sensors collect a large amount of data, which is then linked to data analytics and machine learning algorithms running on an onboard edge intelligence server. The array of 350 sensors on the boat is augmented with a network of nine thermal and video cameras delivering live video streams for a full 360-degree view of the boat and the sails. Sophisticated machine learning models and algorithms enhance the performance, robustness and stability of the onboard auto-pilot system. Alex is wearing a custom-built sensing device to continuously monitor his vital signs and give him up-to-the minute information on his heart rate, motion, sleep patterns, calorie consumption and physiological work level – all in effort to help Alex stay in his optimal performance zone and sharpen his decision-making.

While access to data is key, understanding the data is even more important. Imagine looking at a log file on your tablet while the boat is heeling over at 30 degrees, going 35 knots per hour and being battered by winds and waves! With scenarios like that in mind, we have implemented custom-built applications to present the most relevant information to Alex that is intuitive and easy to understand and interact with, even in the most chaotic of situations.

Through these technologies, we are creating the ideal symbiosis between man and machine. This will not only help Alex during the Vendée Globe, but will yield countless applications far beyond the world of competitive sailing.

The automation and AI systems that we have designed for Alex and the HUGO BOSS are very relevant for enterprise and industrial automation systems and could eventually make it into future Nokia products and services. Just as the systems on the boat must work reliably under the most extreme environmental conditions, so must the industrial automation systems we design for mining operations, deep-sea drilling platforms and even space exploration.

The Vendée Globe is a unique challenge of endurance, mental and physical strength, sailing expertise, creativity, resilience and technical innovation. Finishing the race could take 70 days or more, which Alex will spend by himself on the boat. The years of planning, preparation, development and testing matter just as much as the decisions Alex makes on during the race.

And this really is a team sport. The unique collaboration between Alex Thomson Racing and Nokia Bell Labs pushes the state-of-the-art and the limits of human imagination. Together, we have developed cutting-edge technologies, learned tremendously from each other and established strong personal relationships. I am humbled to have been entrusted with leading the technology partnership from the Nokia Bell Labs side and I am deeply grateful for the efforts of our amazingly talented team. I am confident that the mighty HUGO BOSS boat, the professional team at Alex Thomson Racing and the innovation from Nokia Bell Labs will create just the winning combination for the Vendée Globe 2020. #AllezAlex 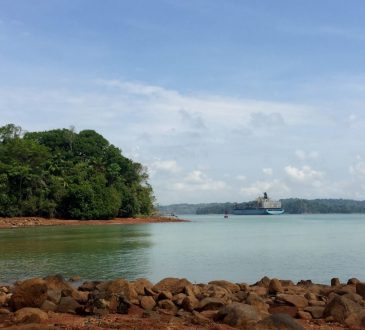 admin1 year agoFebruary 22, 2020
541
In a bid to have a world-class Ship Registry and enhance the Ease of Doing Business in the maritime sector,...