Africa is not getting the investment needed to help the world meet the UN’s Sustainable Development Goals (SDGs) by 2030, new research from Standard Chartered has revealed.

The US$50 Trillion Question investigates how some of the world’s largest asset managers – with a combined US$50 trillion in AUM – are investing at this critical time for the global economy and the environment.

Emerging markets are seeing a massive shortfall in investment

Our research shows that almost two thirds (64 per cent) of the panel’s AUM is invested in the developed markets of Europe and North America, while just 3 per cent is in Africa. Asia, which includes several developed markets, takes 22 per cent, while just 2 per cent, and 5 per cent of the assets are invested in the Middle East and South America, respectively.

The risk posed by emerging markets was flagged as a major barrier to investment. More than two-thirds of investors believe emerging markets are high-risk, compared to 42 per cent who believe the same for developed markets.

More than half of the panel (53 per cent) believe returns from investment in Africa are low or extremely low, with almost three in five investors (59 per cent) saying that they are deterred from investing because they lack in-house specialist teams.

In contrast, those already investing in Africa are optimistic about the region, with 93 per cent saying they are likely to increase investment in future. 54 per cent of Africa investors said their investments had performed as well as – or better than – their developed market investments over the past three years. The figure for emerging markets overall was 88 per cent.

However, COVID-19 may have made it even harder for emerging markets to get the investment they need. Some 70 per cent of investors believe the pandemic has widened the capital gap further.

Which markets are getting the most investment?

Not enough investment is linked to the SDGs

The research points to a growing focus on sustainability, with 81 per cent of investment firms now taking a disciplined approach to environmental, social and governance investment. However, this is not translating into investment in the SDGs. Only 13 per cent of the assets managed by our respondents is directed towards SDG-linked investments.

Some 55 per cent claim the SDGs are not relevant to mainstream investment and 47 per cent say investment in the SDGs is too difficult to measure. However, one fifth of investors admit that they were not aware of the SDGs.

What are the tools and incentives to encourage SDG investment?

Better data to measure the impact of SDG investments-53%

Regional CEO, Africa & Middle East, Standard Chartered Sunil Kaushal said there is still investment gap in Africa to realise the SDG’s and this creates an opportunity for us to make a difference where it matters the most. “A significant surge in private-sector investment – alongside public investment and commitments – will be required to bridge the gap and hit the SDG targets over the next ten years. Right now COVID-19 has made the imperative to act even stronger in the region.

There is no single answer to The US$50 Trillion Question, but it is evident that investors need to expand their focus beyond developed markets. Africa, and emerging markets generally, offers investors a unique opportunity: strong returns combined with the chance to have a significant, positive impact in the long term.”

The US$50 Trillion Question study follows the publication of Opportunity2030 (https://bit.ly/3kwN6H6): The Standard Chartered SDG Investment Map which first revealed the multi trillion-dollar opportunity for private-sector investors to help achieve the SDGs in emerging markets.

The Return Of A Computer-Destroying Worm?

admin14 hours agoNovember 28, 2022
26
Ivan Kwiatkowski recognizes it: this prediction is more speculative, and we frankly hope that it will not happen. But to...
FEATURESFORECAST/RESEARCH/STUDY

Australia Data Center Market To Witness Investment Of US$ 9.6 Billion by 2027. New Investors Heading Towards Sydney And Melbourne – Arizton 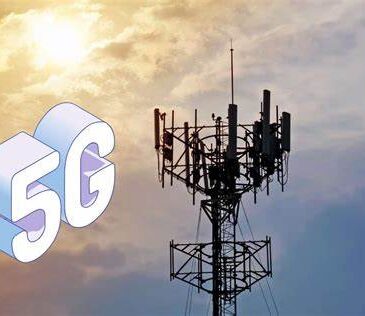 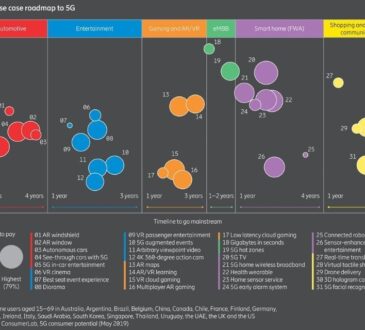