The Indian government is to place streaming platforms such as Netflix and Amazon Prime Video under the regulatory supervision of the country’s ministry of information and broadcasting in a move that observers believe could presage a crackdown on content deemed unsuitable – or politically unacceptable – by the ruling Bharatiya Janata party.

Video streaming platforms are currently regulated by the Indian ministry of technology, which does not have a remit to regulate the content on such platforms.

A transfer of regulatory authority to the information ministry would bring the likes of Netflix under the same regime as the country’s over-the-air broadcasters, with far greater restrictions around controversial issues such as gender equality, sexual violence, the caste system and religious persecution.

The move also applies to online news portals, which have been notably more critical of the government than traditional media.

Eight major streaming platforms active in the country last year signed up to a self-regulation code in an attempt to head off further government-imposed restrictions, with prohibitions of content that disrespected the national flag or was intended to offend religious sentiments, among other things, but this failed to garner official support.

Global streaming giants have poured money into ventures in the country, which, given the size of the market, is seen as potentially one of the most lucrative international markets for their services.

Netflix has invested heavily in original content in the country over the last two years, while Disney+ Hotstar, Disney’s streaming venture in India, launched earlier this year and, according to Media Partners Asia, is expected to generate US$900 million in revenues by 2025. https://www.digitaltveurope.com

admin14 hours agoNovember 28, 2022
33
Latin American telecom regulators are seeking to create clearer rules for the use of non-licensed spectrum, as disputes between mobile...

admin14 hours agoNovember 28, 2022
25
India's banking regulator has declined a payment aggregator licence for the One 97 Communications Ltd unit that owns the popular...
REGULATORY

admin7 days agoNovember 22, 2022
39
Michigan regulators have approved a US$30.5 million electric rate hike for DTE Energy customers that's less than 10 per cent of the increase the utility had sought. The change will take effect on Nov. 25 and result in an increase of about 71 cents monthly for a typical residential customer who uses 500 kilowatt hours, the Michigan Public Service Commission said Friday. DTE Electric has about 2.3 million customers in southeast Michigan. The rate hike is a fraction of the US$388 million increase the utility had requested in January in... 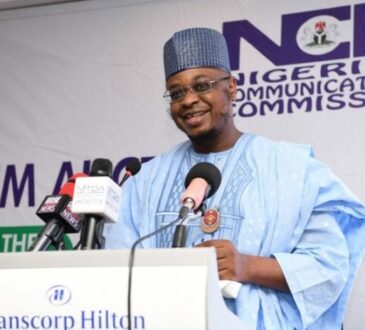