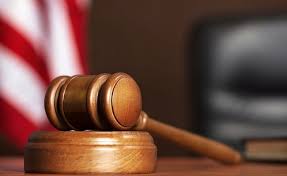 A US district court stood firm against attempts to ban Chinese messaging service WeChat, maintaining a block on attempts to exclude the app due to a lack of evidence proving it was a security risk.

In a ruling, a federal judge denied an appeal by the US administration requesting the court reverse a previous decision allowing WeChat to continue to be downloaded in the country.

The judge explained fresh arguments by the administration had failed to sway the court, as “the record does not support the conclusion that the government has narrowly tailored the prohibited transactions to protect its national-security interests”.

Instead, evidence supported “the conclusion that the restrictions burden substantially more speech than is necessary to further the government’s legitimate interests”.

The US government made an attempt to restrict usage of WeChat, owned by China-based company Tencent, and ByteDance-owned social media app TikTok in August, but both moves were challenged in court and the two services remain available for users in the US.

admin2 weeks agoNovember 10, 2020
118
By Oystein Bergmann, Correspondent Scandinavia Orange Romania has announced it signed a deal to acquire a controlling 54 per cent...