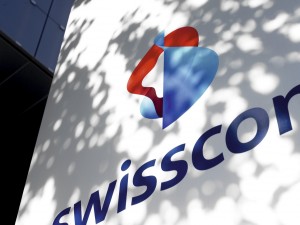 A clutch of European telcos across Switzerland and the Benelux reported their Q3 numbers this week, with mixed results for their respective TV services.

Swisscom has struggled to increase its TV base in what the company regularly describes as a saturated market. The operator did see its TV numbers rise by a modest 0.7 per cent year-on-year, despite no growth in the third quarter, to reach 1.551 million at the end of the period.

Belgium’s Proximus added 11,000 TV customers in the third quarter, contributing to a 2.3 per cent lift in the consumer business’s revenues. Convergent revenue was up 4.1 per cent.

Flemish region rival Telenet, backed by Liberty Global, also saw its TV base decline, in its case by 3 per cent, with basic video customers falling by 26 per cent and enhanced video subscribers declining by 1 per cent. The company had a total video base of 1.822 million at the end of September. Telenet said the decline in the enhanced video offering was due to the delayed signing of the Belgian football broadcasting contract with Eleven Sports and a temporary halt in its ‘signal switch’ campaign to encourage basic TV subs to upgrade.

In neighbouring the Netherlands, KPN saw its TV base decline quarter-on-quarter, down from 2.293 million to 2.279 million. In Q3, IPTV numbers more or less flatlined, rising by about 1,000, which failed to offset a continued decline in Digitenne’s digital-terrestrial base. The latter lost 15,000 customers in the quarter, ending with 118,000.

The operator suffered from a slide in Net Promoter Score among customers in Q3, down from +18 to +12 which it blamed in part on an unpopular change in its IPTV interface.https://www.digitaltveurope.com