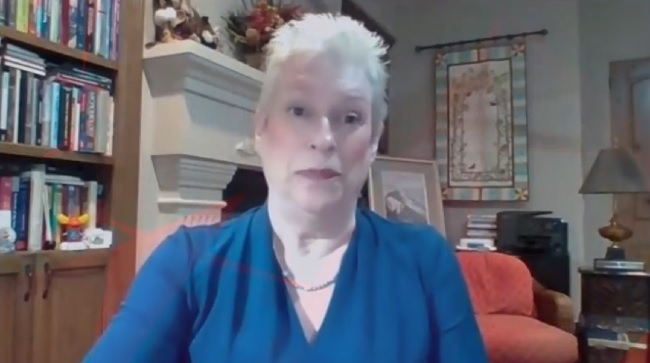 Security company McAfee warned of a dark side to AI, with the technology increasingly employed to create deepfake content spanning social media, websites, video and even text.

Keynote speaker Celeste Fralick, chief data scientist and senior principal engineer, explained the public today faces a barrage of misinformation based on AI-manipulated content. Altered information is “very common throughout the internet”, with code widely available allowing anyone to “do a deepfake” by changing text, pictures and video.

This “low bar weaponisation of AI” is concerning, Fralick said, explaining malicious use of the underlying technology means “we must now all be sceptical of what we read, see and hear”.

She noted “deepfakes are a big business,” citing McKinsey Global Institute predictions of a market worth US$2.6 trillion in sales and marketing alone using the approach, and noting the practice was increasingly being used to influence people on social media, particularly in political campaigns.

But social media giants including Twitter and Facebook are fighting back, separating the real from the fake “by using a combination of computer vision and deep neural networks”.

While there remain limits on what can currently be achieved, Fralick explained detection capabilities “are improving”, citing collaborative efforts including Reality Defender and Microsoft Visual Authentication.

Fralick also acknowledged there was a fun element to the use of AI to create deepfakes, citing face-swapping apps enabling people to put their own face to the stars of films or music videos.

Ultimately, she argued, “it is no longer the sole responsibility of technology or social media platforms” to flush out deepfakes, “it’s actually up to you to detect what is real and what is fake”. https://www.mobileworldlive.com

admin3 days agoNovember 28, 2022
58
During a press conference, a Kaspersky security researcher shared with us his predictions for the coming year regarding the most...
CYBERSECURITY

admin7 days agoNovember 24, 2022
57
An autonomous cybersecurity platform company, SentinelOne has announced its intent to participate at Cairo ICT 2022 from 27-30 November, and will highlight its cutting edge autonomous extended detection and response (XDR) platform, and identity and credential protection solutions. Cairo ICT is a key technology fair and forum for the Middle East and Africa region. The 26th edition is being held under the slogan ‘Leading Change’ and will focus on several topics: innovative solutions for modern data centres; 5G & IoT; cybersecurity; digital transformation and global digital government transformation. The topics...