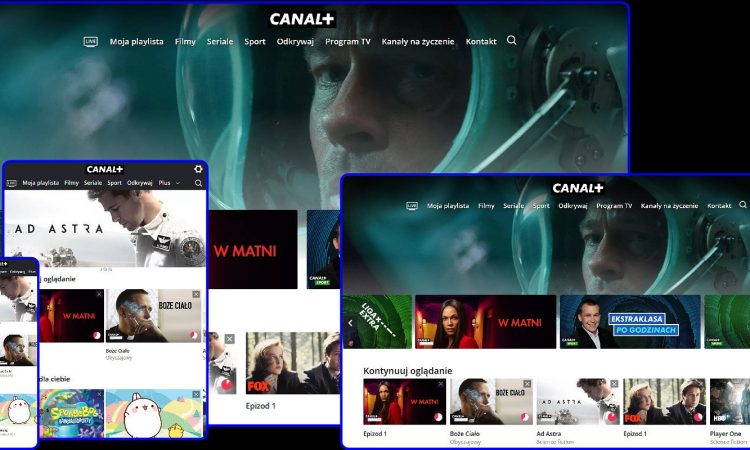 The device, based on version 9.0 of Android TV, offers access to 76 live channels and on-demand content from Canal+ as well as digital-terrestrial channels via an in-built tuner, the Premiery Canal+ online app that provides movies and series for rental, Netflix and other apps from the Google Play Store.

The move marks a significant departure for the pay TV operator, which ,utni8l now has provided its online TV offering only via apps for Android and iOS devices, Apple and Android TVs and the web.

The addition of its own Android TV set-top will enable users to watch via any TV with an HDMI port.

Canal+ said the box included a proprietary launcher enabling it to offer its own customised UI. The Premiery Canal+ app is pre-installed with an updated list of over 800 movies for rental.

The box can be attached to any internet connection, allowing subscribers to take it with them to different locations, including holiday homes.

Canal+ is offering the device without a contract for PLN299 or €65(US$75.70), with access to content included for up to three months depending on the package.

The Canal+ Internet TV offering has been split into four thematic packages and a free package comprising content from Canal+ thematic channels. All four packages are offered included in the box purchase price for one month.

The premium packages include a film offering that includes Canal+, HBO and Filmbox content for PLN50, a sport offering with Premier League, Bundesliga, LaLiga, Serie A and Poland’s PKO BP Ekstraklasa football among other sports, also for PLN50, a Fun & Info pack spanning news, documentary and lifestyle e content including TVN24, Nat Geo, Paramount and Fox for PLN25, and a kids offering including Minimini+, Cartoon Network, Disney and Nickelodeon Play for PLN10.

Canal+ said that 4K HDR content would be added to its revamped online offering in the coming weeks.

The service includes up to f14 day catch-up , rewind and pause live TV, as well as recommendation and other advanced features.https://www.digitaltveurope.com