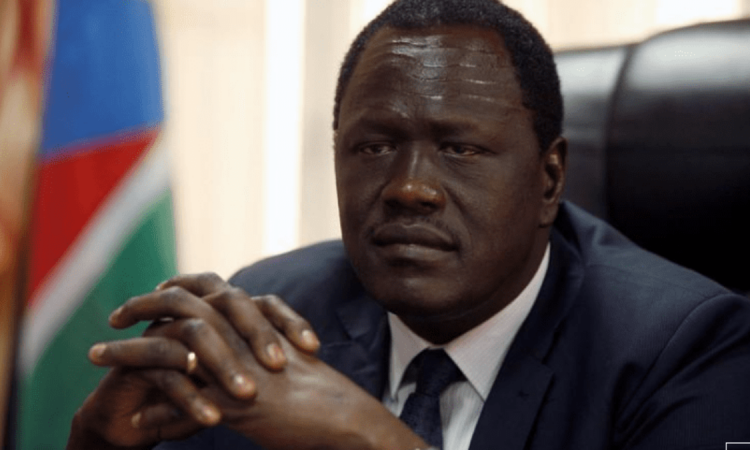 EZEKIEL LOL GATKUOTH appeals that In this election, and in true democratic fashion, the losers must congratulate the winners in South Sudan.

The Republic of South Sudan was born – literally out of the ashes – on July 9, 2011 after decades of a debilitating and costly war. The people of South Sudan must be appreciated for their sustained commitment to sovereign independence, and to finally win their freedom, despite the grave costs that we paid in both life and treasure.

Since 2011, our nascent nation of 10 million people has continued to face strife and human misery. Indeed, with the republic secured, internal wars started again in December 2013. This conflict devastated the country and pushed many of our citizens to become internally displaced as well as refugees in neighboring countries.

Another peace agreement was reached in 2015, but the wars continued to flare – even before, it seems, the ink was dry upon the very papers our leaders signed.

Of course, those who have followed the fate of our country are likely familiar with The Sudan People’s Liberation Movement (SPLM/SPLA – IO) the main political group that has long opposed our central government. However, the SPLM is one of only a number of disparate and armed rebel movements that have sought to destabilize our country – and in turn, an already ravaged region that yearns for peace and stability.

Some of these groups, together with the SPLM, actually signed an historic 2018 peace agreement with the government – one that we all sides had hoped would finally bring this spiraling conflict to its ultimate conclusion. However, instead of working towards a lasting peace, once again opposition leaders thereafter rejected the agreement and formed yet another platform: the South Sudan Opposition Movements Alliance (SSOMA). Today, SSOMA – while already split into several factions – is negotiating in Rome with official government representatives to sign yet another peace agreement.

To be sure, the lack of a unified opposition voice – one that is collectively lifted in good faith – has made the work of the mediators increasingly difficult. Nevertheless, the government stands ready to make peace and to negotiate with any rebel faction to achieve it. Our country and our people have suffered for too long. Our salvation lies in looking ahead to the future, not picking fights with the ghosts of an ugly past.

The President of the Republic of South Sudan, His Excellency General Salva Kiir Mayardit and his government is committed to bring peace to the country at all costs.

In my estimation, a democratic election is the solution that will forge our fate. The last election South Sudan sought to hold took place in 2010, back when Sudan was one.

For the purposes of securing the peace in South Sudan, now that we have secured our republic, we must have an election that is free and fair and in line with both our regional and international conventions, including the African Charter on Democracy and Elections. For this to happen, we must first agree on a process to disarm and rehabilitate armed combatants; for they too have a right to participate in South Sudan’s future, so long as they commit to peace and to a democratic future. Second, we must complete a credible population census to ensure that every eligible voter is accounted for and duly given the right to cast their ballot. Third, we must undertake a comprehensive voter registration drive so that our voting population is properly accounted for. Only after these steps have been completed can we then organize a truly free and fair election – one that will make both our country and the world proud.

In this election, and in true democratic fashion, the losers must congratulate the winners. And the winners – thus equipped with a national mandate that is underwritten by the genuine will of the people – must begin the work of nation-building and uniting the people of South Sudan. Indeed, the winners of this election, regardless of who it may ultimately be, will lead and represent all of the people, not just those that voted for them.

It is in this spirit that I call upon the African Union, United Nations, Intergovernmental Authority on Development (IGAD), and the broader international community to help South Sudan to make sure that this election is free and fair – that it is transparent and accountable to our people. Our people rightly deserve an election in which nobody feels cheated, and in which all factions prove their commitment to ending war and prospering in peace.

Put simply, this is the only viable path forward way to end the rebellion and truly win our freedom in South Sudan.

admin13 hours agoNovember 28, 2022
30
firsNicaragua's telecoms regulator Telcor started planning for a 5G roadmap. The t measure has to do with the reservation of...
POLITICAL ECONOMY