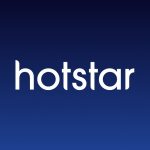 Disney has announced that Hotstar, its Asian streamer based in India, will launch in Singapore on November 1.

This launch follows the September 5 rollout of the service in Indonesia, and comes several months after the service was rebranded to Disney+ Hotstar in its native India.

Unlike in those markets however, Disney will not brand the service Disney+ Hotstar in Singapore, with reports suggesting that the company has intentions of launching them as separate streamers on the island nation.

By extension, Hotstar in Singapore will not rely on the IP-heavy content of Disney+, and instead primarily selling itself on its sports and Indian entertainment content. Like in India, Hotstar will play host to the Indian Premier League (IPL), and will stream the last four league matches for free in the days following the launch. Other cricket content on the app in Singapore will include the 2021 ICC Men’s World Cup and Asia Cup.

Entertainmentwise, Hotstar will stream shows from Indian channels Star Vijay and Star Plus such as Super Singer, and Anupamaa, along with Hotstar originals. The streamer also provides access to six live news channels, and will house exclusive Bollywood movie premieres.

The company noted that this will be Hotstar’s first expansion into Southeast Asia. The app will be available on a variety of platforms for USS$69.98 (€43.91) annually. This pricing makes the Singaporean offer around two and a half times the cost of the service in India, though this is reflective of the fact that Singapore is one of the wealthiest nations in the world with the highest disposable income per capita in Southeast Asia.

Regional lead of emerging markets for Disney APAC, Amit Malhotra said: “With an extensive range of content, featuring the biggest stars and an unparalleled user experience, Hotstar changed the way Indians consume content, quickly becoming the country’s leading streaming service. We are excited to launch Hotstar in collaboration with StarHub and bring the same world-class service to audiences in Singapore.” https://www.digitaltveurope.com