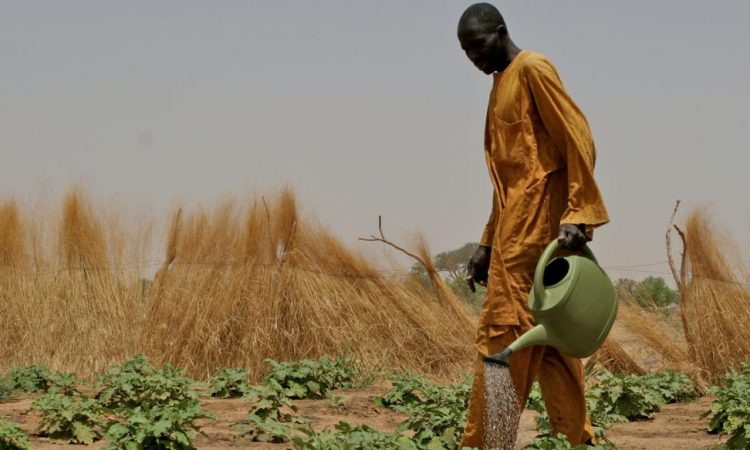 Ten African Heads of State have issued a strong call to other world leaders to increase their funding to the International Fund for Agricultural Development (IFAD) or risk jeopardizing Sustainable Development Goal targets for eradicating poverty and hunger, particularly in Africa.

“We share IFAD’s vision of vibrant rural communities where people live free from poverty and hunger,” wrote the leaders of Angola, Benin, Burkina Faso, Côte d’Ivoire, Ethiopia, the Gambia, Kenya, Senegal, Sierra Leone and Togo in letters to their counterparts in Europe, North America, the Middle East, Asia and Oceania.

“Investing in building the resilience of rural people is now more important than ever in order to secure food supplies, safeguard rural livelihoods, ensure that progress made over the years is not lost and prevent more rural people from falling into poverty and hunger”.

Right now, Africa is addressing conflict, changing weather patterns, pests and the socioeconomic impacts of COVID-19. Hunger levels on the continent are twice the world average.

IFAD is the only multilateral development organization solely dedicated to eradicating rural poverty and hunger. In the letters, the African leaders called for a significant increase in contributions to IFAD’s Twelfth Replenishment (IFAD12) – a year-long consultative process during which Member States come together to agree on strategic directions and mobilize funds for IFAD to provide as concessional loans and grants to developing countries.

“This support from the African Heads of State is a testimony to the real impact IFAD is having on the lives and livelihoods of rural people in these countries,” said IFAD’s Associate Vice President for External Relations and Governance, Marie Haga. “Their support demonstrates the importance of investing in rural areas to achieve national food security, environmental sustainability and economic development which has a monumental impact on global stability and resilience.”

About 75 per cent of the world’s poorest people live in rural areas and depend on agriculture and related activities for their livelihoods. In the letters, the African leaders highlight the immense potential of African agriculture and the strong evidence that investing in agriculture is one of the most effective ways of reducing poverty.

IFAD aims to deliver an overall programme of work of US$10 billion for the IFAD12 period (2022–2024), with over half of investments allocated to Africa. This would help more than 140 million small-scale producers increase their production and raise their incomes through better market access and resilience, contributing to creating jobs and improving food security and nutrition for those most at risk of being left behind.

“A successful replenishment has the potential to unlock billions of dollars in financing to transform rural economies and food systems around the world, as well as enable IFAD to double its impact by 2030 and contribute to ending poverty and hunger,” wrote the leaders.

As the pandemic sweeps across the world, the poor and the vulnerable are those who suffer most, among them rural women, young people and small-scale farmers. Faced with the socio-economic repercussions of the pandemic and the impact of prolonged drought and locust infestation, the African leaders called to collectively reaffirm the world’s commitment to end hunger.

admin2 days agoNovember 30, 2022
63
– Inclusive Education Coordinator The National Inclusive Education coordinator at the Special Education Division of the Ghana Education Service, Rose Ofosuhemaa Darko is optimistic about Ghana’s efforts to improve inclusive education for children with special needs. Speaking during the EdTech Monday segment on the Citi Breakfast Show, Mrs. Darko said the government was working to make ICT tools available to students with special needs. “We’ve been able to secure some of these laptops and tablets to be distributed to some of these children in our schools, across the country.” She...
SUSTAINABLE DEVELOPMENT

admin2 days agoNovember 30, 2022
20
By Mike Robuck Amazon Web Services (AWS) CEO Adam Selipsky pledged to return more water to communities than it uses in its cloud operations by 2030 as part of a scheme to become water positive. The company detailed replenishment programmes in the US, UK and India as part of the goal, claiming a water use efficiency (WUE) metric of 0.25 litres of water per kilowatt-hour achieved in 2021 placed it well on the road to achieving the target. On the opening day of its AWS re:Invent conference, Selipsky stated water...
SUSTAINABLE DEVELOPMENT

admin2 days agoNovember 30, 2022
24
By Andy Fry Bob Iger, who returned as Disney CEO last week, has told employees that he will focus on creativity and profitability as he seeks to get the company back on an even keel. A key implication of his internal message is that the firm will no longer be chasing subscriber growth for the sake of it at streaming platform Disney+. Disney currently has 164m subscribers worldwide across a range of direct to consumer services. But it reported operating losses of US$1.5bn in Q4 for this division of its...
bahis canlı casino siteleri canlı bahis siteleri