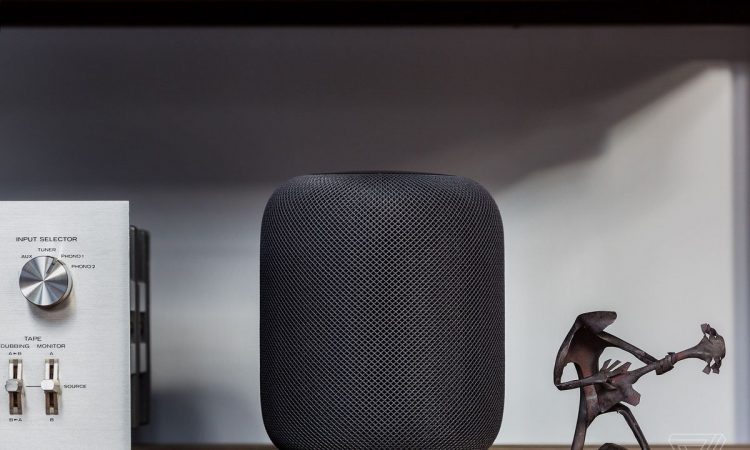 Apple’s HomePod smart speaker will soon be updated to add support for Dolby Atmos when used in conjunction with an Apple TV 4K device.

The Cupertino tech giant has confirmed that an upcoming software update will add Atmos support for the smart speaker which can already be used to output audio for Apple’s STB device via AirPlay.

While users could previously pair the devices, Apple is making HomePod far more functional for a home cinema set up, with the new software promising output for Dolby Atmos, 5.1 and 7.1 channel audio. The new update will allow HomePod to be set as Apple TV 4K’s default speaker option, removing the need to re-select it every time they want to use the speaker.

Though it features room-filling audio via AI which can detect the HomePod’s environment, the set up for a home cinema is best when two devices are paired together – an expensive option considering HomePod’s £279(US$360.88) price tag.

Users hoping to use Apple’s newly-announced £99 HomePod mini – in effect Apple’s answer to the Amazon Echo Dot – are out of luck however. While featuring spatial awareness, device pairing and multi-room audio, the smaller and cheaper unit will not support a home cinema as it lacks the spatial awareness or beam-forming tech of its bigger sibling.

The company has promised that both devices will also add support for third-party music streaming services including Amazon and Spotify.

Apple also this week announced its first 5G-supporting iPhones, including the iPhone 12 Mini which the company said is the world’s smallest 5G smartphone.