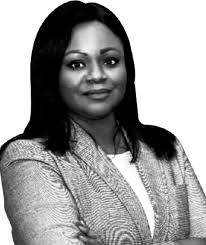 The sight of David Beasley, in a recent tweet, sitting on the floor of the World Food Programme (WFP) office in Niger surrounded by staff, celebrating a well-deserved Nobel peace prize win, brought back memories of Nasseiba Ali.

I was on assignment for the Associated Press to uncover an ongoing acute food crisis in Niger. My journey led me to a life-changing encounter with Ali, a 20-month-old girl who weighed just 12 pounds.

I waved, talked, sang to her, but it prompted no reaction from Ali. Little did I know that her eyes clouded at night, one of the symptoms of her chronic malnourishment.

A mission initially scheduled for one week stretched for an entire month and led me to Zinder, Maradi, Tawa, and Agadez. I met Ali and her grandmother at a feeding center set up in Maradi, 540 kilometers (335 miles) from Niamey, the capital of Niger.

Ali was lucky to make it to the center, barely alive after her grandma trekked several hours with her on her back.

Despite an exceptionally hard and emotionally charged assignment, I witnessed first-hand the outstanding work of hundreds of dedicated and selfless champions on the frontline of hunger.

The WFP’s 2020 Nobel Peace Prize win is only natural. Indeed, it is a testimony of the humanitarians’ admirable mission to help end world hunger, often in emergency settings.

One in nine people worldwide still does not have enough to eat.

The WFP’s gong is a defining moment in history, yes, but more importantly, it has moved the critical issue of hunger on top of the global agenda. Thus, igniting and conveying a renewed sense of urgency.

It is a defining moment for the institution forging ahead to move the needle on ending world hunger, the leadership of its Executive Director.

The 2020 Nobel Peace Prize has created a renewed impetus to rally around hunger, scale-up efforts to mobilize much-needed funds.

At stake are the lives of millions on the brink of starvation.

The Norwegian Nobel Committee described the humanitarian organization as “a driving force in efforts to prevent the use of hunger as a weapon of war and conflict.”

Without taking away anything from the WFP, I can say that the WFP’s gong is a defining moment in history for multilateralism, and our collective resolve to save lives, change lives and make a difference.

Other equally dedicated multilateral institutions, such as the African Development Bank, the World Bank, the Asian Development, to name just a few, deserve our attention.

At the Bank, we did our part to provide relief to our Regional Member Countries with a USD 10 billion COVID Respond Fund. The funds helped bring urgent relief and retool our economies in the wake of the unprecedented COVID-19 pandemic.

The Bank’s feed Africa strategy aligns with the WFP’s objectives to end hunger. Approvals under the Bank’s Feed Africa priority amounted to UA 884.7 million in 2019, making a difference in the lives of 20.3 million people, 9.6 million of them women.

Through my lens as an African woman, a wife, the scenes of empty thatched-roof huts where villagers store grain, the scenes of acacia leaves boiled into a thick paste, eaten in the evening in hopes it will lull the children to sleep are still vivid.

Fifteen years after my encounter with Ali, the world is still gripped by vast food insecurity. Yet, there is every reason to be hopeful. Not because the challenges are fewer, not because we have the resources at hand, but simply because there is a sense of renewed impetus around reversing hunger.

As Nelson Mandela said: “remember to celebrate milestones as you prepare for the road ahead.” The 2020 Nobel Peace Prize is a key milestone. A moment to celebrate while we brace up for future challenges and more wins! 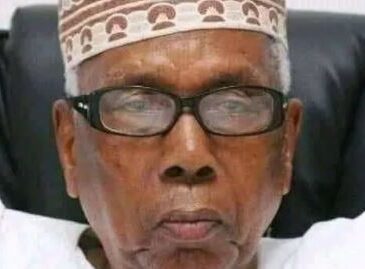 admin1 year agoAugust 23, 2021
172
By Kingsley I. Ilechukwu, Correspondent Lagos A former director of public affairs(DPA) of NCC,  Tony Ojobo has joined other prominent... 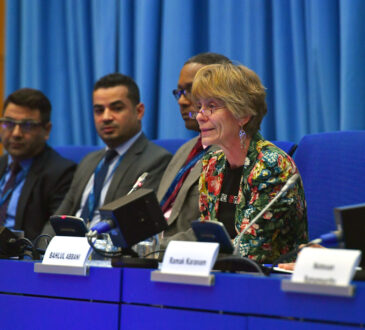 Striving To Make A Difference: A Trailblazer Woman’s Career In Nuclear Safety