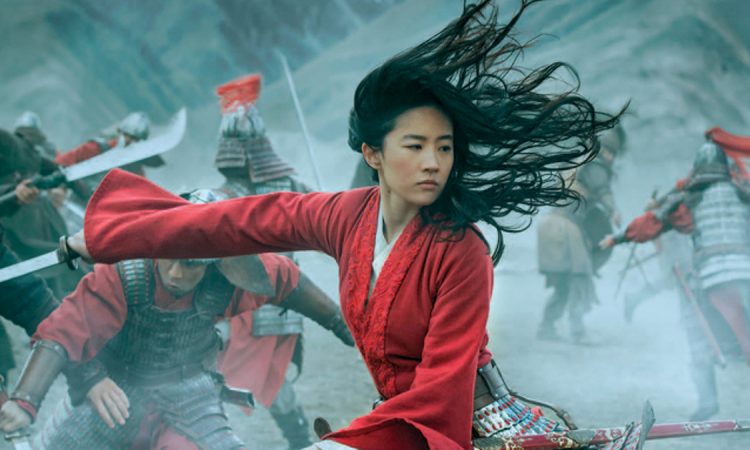 17 per cent of surveyed consumers would pay a premium to watch Mulan at home v 21 per cent that would see it in theatres opening weekend, according to research by Omdia, writes SARAH HENSCHEL.

In the week leading up to the September 4 global premiere of Mulan, Omdia polled consumers across five regions to gain insight into audience theatrical and PVOD interest. Consumers were surveyed in the US, UK, Australia, Mexico, and China.

Omdia’s survey gauges audience comfortability with going back to theatres since the spread of COVID-19.Consumers were asked, “Would you be comfortable going to the cinema to watch Mulan if it were released in your local cinema on September 4?”

In the United States 12.6 per cent of those surveyed said they would pay a premium to watch it at home versus 39.2 per cent that would see it in theatres on opening weekend or within one month. In the UK, 6 per cent more consumers are willing to pay a premium to watch the title at home bringing the total to 18.2 per cent in favour of PVOD. The higher interest in PVOD in the UK reflects Western Europe’s sentiment which experienced higher seriousness in pandemic lockdown measures compared to the US which experienced mixed state-by-state responses. Both the US and the UK have seen studios test PVOD titles since lockdowns began in March. Trolls World Tour by Universal launched on Easter weekend and earned close to US$100 million in PVOD revenue domestically. The US has seen more PVOD releases since March than any other territory due to its large entertainment market and distribution rights.

Of those interested in watching Mulan, 20.7 per cent of respondents would go to see it on opening weekend and 24.9 per cent would see it in theatres within one month, 45.6 per cent in total across all countries surveyed. China and Mexico over-index on interest in going to the cinema with 71.2 per cent and 49.6 per cent willing to see it in theatres respectively. The entertainment marketplace in China typically leans theatrically due to sentiment, low popularity of PVOD relative to other markets, and high piracy rates. As China has also largely opened-up since pandemic lockdowns, consumer interest in public theatres is high.

Mexico on the other hand is still combatting the spread of COVID-19 and has a similar number of per capita cases as the UK. While Mexican consumers seem slightly more comfortable returning to theatre than the US, UK, and Australia, Mexico also has the highest response rate for those willing “to pay a premium price to watch it at home” at 20.9 per cent. Remaining consumers would either “watch it if available at no additional charge on a video subscription service” or “would not feel comfortable going to a cinema or paying a one-off fee or subscription to watch it at home.” Responses for Mexico show strong interest to pay to see the film theatrically or via PVOD, indicating mixed sentiment on willingness to leave the home due to COVID-19.

For quick comparison, we can assume that Mulan would have made US$120m in its domestic opening weekend pre-COVID. The live action Cinderella made US$68m, Aladdin made US$91.5m and the live action Beauty and the Beast made US$175m. At an average 2020 domestic ticket price of US$9.01 (according to Omdia’s Cinema Intelligence), Mulan pre-COVID would have had 13.3 million opening weekend admissions. Assuming that all consumers in Omdia’s survey that said they were interested in watching Mulan would have paid to see it in theatres pre-COVID-19, Disney would earn US$26.8 million if the title were released in theatres today domestically (US$120 million * 22.4 per cent willing to still go to cinemas). Alternatively, Disney could earn US$50.4m by releasing the title for US$30 on Disney+ (12.6 per cent willing to pay a premium * 13.3m “would-be” admissions * US$30). Mulan would continue to make an additional US$40-US$50m in cinematic revenue during the weeks following a box office release, however initial PVOD upside plus potential added Disney+ subscriber revenue makes the Disney+ release a compelling test. Analysis here utilizes assumptions and polled survey results which should be taken directionally.

Of course, since Mulan is not releasing in US theatres, it is fair to assume that some of the “would-be” cinema transactions will shift to PVOD revenue when it releases. This proportionally may bring PVOD revenue up to an equitable comparison to a theatrical launch. Survey options four and five indicate that some consumers are interested in seeing Mulan but are no longer comfortable going to cinemas and would not pay to view it at home. These consumers equate to revenue lost due to Covid-19, or 48 per cent of potential pre-COVID domestic revenue. As Mulan will be made freely available to Disney+ subscribers from December 4th, some consumers may be further incentivized to wait for a few months rather than spending on the ‘Premier Access’ fee.

Disney’s dual approach between Disney+ release in relevant territories and theatrical in the rest of world, enables it to experiment without permanently altering long standing window agreements, of which the results will be widely scrutinized. The 14 Disney+ territories including US, UK, Canada, Australia (releasing or potentially releasing a PVOD version of Mulan) accounted for just over half (or 51.5 per cent) of 2019’s global box office tally but stands to grow as Disney+ is further rolled out including to Central and Latin America in November.

What does this all mean for exhibitors and studios?

If PVOD is a success with Mulan, traditional windows may begin to shift permanently. Right now, studios should utilize the unique opportunity of the pandemic to gauge if shifted windows can become more profitable than traditional windows. However, the prospect of further titles eschewing theatrical release will not sit well on the part of exhibitors still reeling from five months of screen closures and widespread rerouting of titles into 2021 and beyond. Exhibitors can find comfort in continued consumer sentiment and preference for the cinematic experience. Should more PVOD tests find success, exhibitors may need to cut PVOD revenue deals with studios or bundle offerings with downstream digital opportunities.