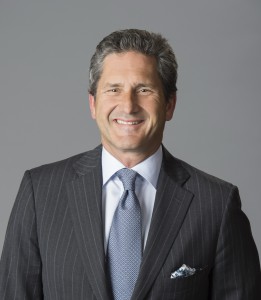 Liberty Global CEO Mike Fries has hinted that the cable giant may look at opportunities to spin off and merge its infrastructure with that of partners to create scale and enable the more efficient build-out of fibre.

Speaking on a panel at the SCTE-ISBE Cable-Tech Expo Virtual Experience, Fries said that it was “becoming clear that the networks themselves might be the most valuable thing we own” and that in Europe “massive amounts of capital” were now being invested in infrastructure properties such as the tower assets of mobile network operators.

Fries said that Liberty Global was “thinking through the strategic opportunities in infrastructure that we used just to take for granted”.

He said that finding ways to combine networks in the way that mobile operators had done with tower companies could deliver “opportunities for us in Europe to take networks to the next level more quickly, more efficiently and do that with capital partners, strategic partners, telco partners, whatever that might be”.

Fries’ comments at the event echo those made on a number of other occasions, most recently at the Goldman Sachs Communacopia conference in September.

Answering a question on this topic, Fries said at the Goldman Sachs event that Liberty’s focus in the UK was on the regulatory process to see through its merger of Virgin Media with Telefónica’s O2.

However, he said that once that is complete, both Liberty and Telefónica were in agreement that “the opportunity to build a robust network in that market, potentially with other partners, potentially with financial partners, creating some sort of wholesale arrangements, could be very accretive and very interesting”.

Fries also said that, across its European footprint more generally, Liberty had “partners who are dying to partner with us in infrastructure” and “that could be an interesting play”. https://www.digitaltveurope.com

admin1 day agoDecember 7, 2022
18
By Andy Fry Warner Bros. Discovery and Amazon have announced that HBO Max is once again available on Prime Video...