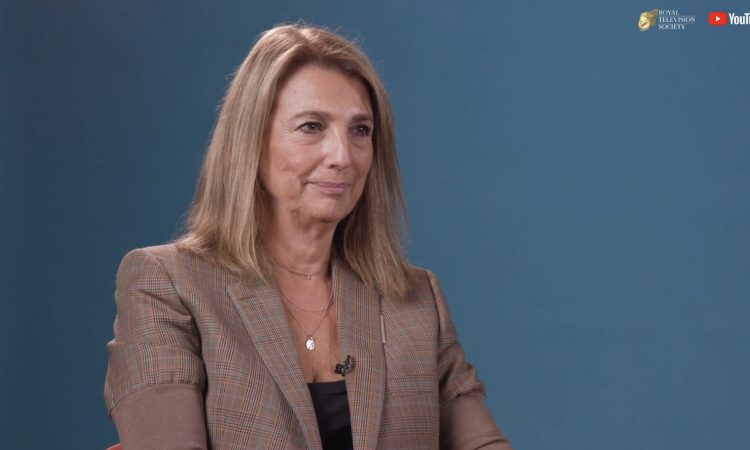 ITV CEO Carolyn McCall has said the UK commercial broadcaster will start to commission original programming for its AVOD service ITV Hub and has talked up co-production opportunities for its joint venture streamer BritBox.

McCall, who has had to steer ITV through a huge revenue drop over the past six months since the pandemic started, said the broadcaster had seen an uptick in audience viewing on both the flagship linear network and its streaming service.

She pointed to the success of recent ITV drama Des, which was produced by All3Media’s New Pictures, adding that it had claimed a series average of 12 million consolidated viewers, two million of whom watched on demand via the ITV Hub streamer.

McCall said ITV had “invested a lot in Hub” and added that 80 per cent of 16-34s in the UK were now registered, with 30 million peopel in total.

“It is about making sure that we give them stuff on Hub that’d draws them back in, rather than just catch up,” she told the Royal Television Society Digital Convention 2020.

The former EasyJet boss, who took over at ITV in 2018, said the broadcaster’s “evolving strategy” would “definitely” see it start commissioning shows primarily for Hub rather than for linear channels.

“You’ll see commissioning geared towards that kind of Hub audience, eventually a lot more people will be watching on Hub – at the moment a lot of people still watch big screen TV, and they might keep doing that.”

Speaking across the broadcaster’s operations, McCall said that budgets for 2021 would return to similar levels as last year and added that programming spending is down this year mainly because shows couldn’t be produced.

“A lot of that [spending] will go back in next year, it’s not about budgets being cut,” she said, adding that the broadcaster was focused on putting shows on air that would compete with others, including streamers.

The ITV CEO added that the international model of its joint venture streamer BritBox, operated with BBC Studios, remained “very robust” and said further roll-outs would follow the launch in Australia.

ITV recently said it intended to expand the presence of BritBox around the world with a further 25 countries being explored. However, little detail has been provided about which territories could be next, with the UK commercial broadcaster subsequently admitting its priority would be on Australia with other locations being explored on a “market by market” basis.

The international version of the streamer, in which ITV Studios and BBC Studios hold 50/50 stakes, could also help to support the UK BritBox, which recently rolled out its first original with a remake of satirical puppets show Spitting Image.

McCall conceded the UK version was a “trickier” proposition with rights because both ITV and the BBC have their own domestic streamers – ITV Hub and iPlayer respectively. The BBC only holds a 10 per cent stake in the UK version, too, but McCall said there could be more collaborations between the international and domestic versions of the streamer to make more cost-efficient programming.

Red’s No Return in the works

In related news, ITV has handed out an order for No Return, written by Danny Brocklehurst and produced by StudioCanal-owned Red Production Company.

The four-parter focuses upon an idyllic family holiday to Turkey which turns into a living nightmare for Kathy, played by Sheridan Smith, and her husband Martin when they are left desperately fighting for their 16-year-old son’s freedom after he’s accused of a serious crime.

No Return will begin filming in the summer of 2021, with global sales by StudioCanal. https://www.digitaltveurope.com