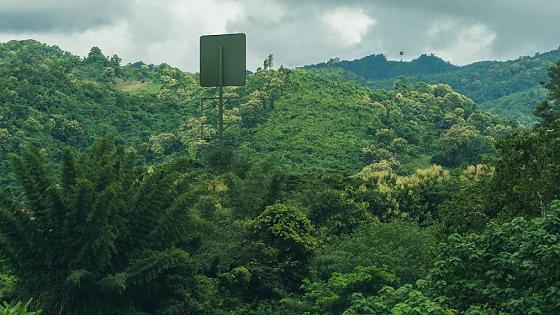 “Being able to transmit high-power electricity without any cables is game-changing for the continent. It means barriers to energy-access are smashed and Africa could be fully electrified within ten years. This is the technology millions of people have been waiting for,” according to the Managing Director, EnergyNet, Simon Gosling.

The company was founded by serial tech entrepreneur Greg Kushnir, who was determined to find a technology that can reduce power distribution costs, avoid outages and support renewable energy.

“We have an abundance of clean hydro, solar, and wind energy available around the world but there are costly challenges that come with delivering that energy using traditional methods, for example, offshore wind farms or the Cook Strait here in New Zealand requiring underwater cables which are expensive to install and maintain,” said Kushnir.

“I wanted to come up with a solution to move all that clean energy around from where it’s abundant to where it’s needed in a cost-effective, eco-friendly way.”

Energy generation and storage methods have progressed tremendously over the last century but energy transmission has remained virtually unchanged since Edison, Siemens, and Westinghouse first introduced electric networks based on copper wires 150 years ago.”

By significantly reducing infrastructure costs, Emrod’s technology has the capacity to support remote communities such as in Africa and the Pacific Islands by providing access to cheap, sustainable energy to power schools, hospitals and economies.

“Since announcing Emrod’s technology we have had a high level of interest from energy distribution and engineering companies from across the globe. We are progressing with some exciting opportunities to improve energy access for remote communities in areas such as India, Africa and Island Nations”, added Kushnir.

The company has achieved strong interest from electricity distributors with Powerco, New Zealand’s second-largest distributor deciding to invest in a proof of concept of the technology currently operational.

Kushnir commented; “The system we are currently building for Powerco will transmit a few kilowatts but we can use the exact same technology to transmit 100 times more power over much longer distances. Wireless systems using Emrod technology can transmit any amount of power current wired solutions transmit.”

admin5 days agoNovember 30, 2022
65
– Inclusive Education Coordinator The National Inclusive Education coordinator at the Special Education Division of the Ghana Education Service, Rose Ofosuhemaa Darko is optimistic about Ghana’s efforts to improve inclusive education for children with special needs. Speaking during the EdTech Monday segment on the Citi Breakfast Show, Mrs. Darko said the government was working to make ICT tools available to students with special needs. “We’ve been able to secure some of these laptops and tablets to be distributed to some of these children in our schools, across the country.” She...
SUSTAINABLE DEVELOPMENT

admin5 days agoNovember 30, 2022
24
By Mike Robuck Amazon Web Services (AWS) CEO Adam Selipsky pledged to return more water to communities than it uses in its cloud operations by 2030 as part of a scheme to become water positive. The company detailed replenishment programmes in the US, UK and India as part of the goal, claiming a water use efficiency (WUE) metric of 0.25 litres of water per kilowatt-hour achieved in 2021 placed it well on the road to achieving the target. On the opening day of its AWS re:Invent conference, Selipsky stated water...
SUSTAINABLE DEVELOPMENT

admin5 days agoNovember 30, 2022
27
By Andy Fry Bob Iger, who returned as Disney CEO last week, has told employees that he will focus on creativity and profitability as he seeks to get the company back on an even keel. A key implication of his internal message is that the firm will no longer be chasing subscriber growth for the sake of it at streaming platform Disney+. Disney currently has 164m subscribers worldwide across a range of direct to consumer services. But it reported operating losses of US$1.5bn in Q4 for this division of its...
bahis canlı casino siteleri canlı bahis siteleri