Global shipments of wearable devices are expected to total 396.0 million units in 2020 according to new data from the International Data Corporation (IDC) Worldwide Quarterly Wearable Device Tracker. This marks a 14.5 per cent increase from the 345.9 million units shipped in 2019. Looking ahead, IDC forecasts shipment volume to have a five-year compound annual growth rate (CAGR) of 12.4 per cent and total 637.1 million units in 2024.

The first half of 2020 delivered positive results despite the impact of COVID-19 on the global economy. Even though vendors scaled down production and end users were quarantined, demand for wearables remained steady. The market was propelled by near-record demand for hearables, which was enough to offset slightly lower demand for watches and wristbands. The second half of 2020 is on pace to continue this trend and with the launch of new products – including hearables, watches, and wristbands – from multiple vendors, the wearables market is on track to reach nearly 400 million units this year.

Beyond devices, one trend to watch is the emergence of services to complement wearables. Apple’s recently announced Fitness+, Amazon’s new Halo, and Fitbit’s Fitbit Premium connect users with health and fitness content (i.e., guided workouts, coaching, and diet advice) while incorporating data from their wearable device. Several other companies are taking a different route, showing enterprise customers how to keep their employees physically distant and detect early signs of potential illness. These services and others to come will increase the demand for wearables.

“Wearable devices and services will evolve together in the coming quarters,” said research director, Mobile Devices and AR/VR, Ramon T. Llamas,. “Wearables are the perfect device to collect user data and services provide guidance and actionable insight. Together, they offer the user a virtual coach to make better decisions and achieve their goals.”

“Device makers are also laying the groundwork that will allow consumers to use multiple wearables in conjunction with each other,” said research manager for IDC Mobile Device Trackers, Jitesh Ubrani. “Imagine tying positional and audio input from hearables with health metrics from the wrist to gauge a user’s level of attention or excitement in the surrounding enviorment. That’s a powerful new experience that can bring added utility to consumers and vendors alike.”

Hearables* will account for the majority of shipments throughout the forecast while posting a market beating CAGR of 14.1 per cent. A combination of drivers will sustain hearable growth: an expanding list of vendors with a growing number of devices; smartphones abandoning the 3.5mm headphone jack in favor of Bluetooth connections; lower prices; and an expansion of use cases beyond audio content consumption, like health and fitness monitoring, smart assistants, and connection to home and work IoT systems.

Watches**, comprised of smartwatches and basic watches, will experience the highest CAGR at 14.3 per cent. The smartwatch market will see its operating system (OS) landscape shift as Google’s WearOS acquires FitbitOS to bolster its health and fitness offerings and new vendor partners are added to its list. Samsung’s Tizen will slowly gain share with its own fitness-focused and productivity-driven Galaxy watches. At the top is Apple’s watchOS, which will benefit from the introduction of its new Watch SE, sitting between its premium and entry-level devices. Meanwhile, basic watches will benefit from kids’ connected watches alongside hybrid- and GPS-equipped watches.

Wristbands will slowly crawl upward with shipments growing at a CAGR of 2.4 per cent. Even as average selling prices dip below US$40 by the end of the forecast, there will still be space for more expensive models whose feature sets closely mimic those found on smartwatches, including mobile payments, smartphone notifications, and advanced fitness features. Still, the primary driver for wristband shipments will be inexpensive step- and calorie counters. 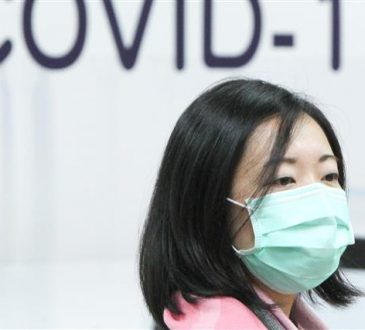 Cloud Adoption And Opportunities Will Continue To Expand Leading To A US$1 Trillion Market In 2024, According To IDC

admin1 hour agoOctober 20, 2020
19
By Emmanuel Oluebube, Correspondent UK The COVID-19 pandemic has largely proven to be an accelerator of cloud adoption and extension...
FORECAST/RESEARCH/STUDY

admin1 hour agoOctober 20, 2020
28
By Emmanuel Oluebube, Correspondent UK As the UK faces a ‘second wave’, there are rising concerns around how COVID-19 is impacting the UK’s coffee and tea shops – with big names such as Costa and Pret-a-Manger announcing plans to cut more than 1,500 and 3,000 jobs, respectively. The sector has shrunk from £6.6bn(US$8,60) in 2019 to a COVID-19-adjusted forecast of £5.4bn by the end of 2020 – equating to a shocking 18 per cent loss*1, says GlobalData, a leading data and analytics company. Consumer Analyst at GlobalData, Lucy Ambler comments:... 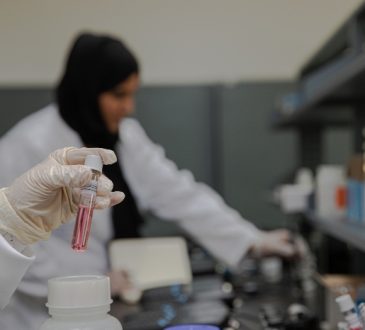 PAH Market Forecast To Grow At 5% CAGR By 2029, Says GlobalData

admin1 hour agoOctober 20, 2020
19
y Kingsley I. Ilechukwu With recent pipeline approvals of varying mechanisms and an influx of newly diagnosed patients, the pulmonary...