Telecommunications sector regulator, the Nigerian Communications Commission(NCC), is intensifying its drive towards reaching all the states of the federation with its Emergency Communications Centres(ECC’s) with Imo State, south east, of the country, being the latest beneficiary.

The NCC’s ECC located in Owerri, the state capital went live Thursday, with the State Governor, Senator Hope Uzodinma using the occasion to pledge his government’s preparedness to key into policies at the centre, aimed at furthering the welfare of all Nigerians.  The governor belongs to the ruling All Progressives Congress(APC).

Now, it is official the Nigerian Communication Commission has  commissioned an Emergency toll free 122 call number in the Eastern Heartland. In the perspective of the NCC, “the ECC Project is intended to bridge the communication gap between the distressed and emergency response agencies in the country. “

“All telecom operators will be mandated to route emergency calls through the dedicated three-digit toll free number, 112, from each state to the emergency centre within that state. The operators, who are resident in the ECC will then process the distress call and contact the relevant Emergency Response Agency (namely Fire Service, Police, FRSC, Ambulance, et cetera.) whose primary duty is to handle the case.”

Senator Uzodinma praised Nigerian leader, Muhammadu Buhari  and the Nigerian Communications Commission for citing the project in the state which he said would provide employment opportunities to citizens of the state.

The Imo State chief executive further  stated that the project would enable the state combat the COVID-19 pandemic, reduction of crime rate with support from the security agencies as well as boost the economy and service deliveries in the state.

Uzodinma equally pledged his continued support to the policies and social interventions of the Federal Government with the view of alleviating the plights of the people of the state and Nigeria in general.

Also, Speaking at the event, the Minister of Communications and Digital Economy, Dr. Isa Ali Ibrahim Pantami said the project was also aimed at enabling members of the public access help from any response agency such as Nigeria Police, Federal Road Safety Commission among others, as obtainable in developed countries of the world.

According to Dr. Pantami, the project underscored the importance President Muhammadu Buhari placed on the general well-being of Nigerians and his commitment in fighting corruption and other forms of crimes in the country.

Said he: “This project is key to our security, health service delivery, fight against corruption, crimes and any kind of emergence situation we may experience in life. It is a clear indication of Mr. President’s passion and commitment for general well-being of Nigerians.”

Earlier,  the  Executive Vice Chairman and Chief Executive Officer(EVC/CEO), of the NCC Prof. Umar Garba Danbatta said: “…We have no doubt that, if put into maximum use and kept functional at all times, the ECC facility will serve to complement the state government’s efforts aimed at enhancing the security of lives and property for citizens and residents of Imo State and Nigeria as a whole.”

Danbatta  further disclosed that efforts were ongoing to activate the ECC in the remaining states of the country in line with the developmental policies of President Buhari.

The Nigerian Communications Commission has undertaken the task of facilitating the building and equipping Emergency Communications Centres in all 36 states of the federation and the Federal Capital Territory, Abuja. 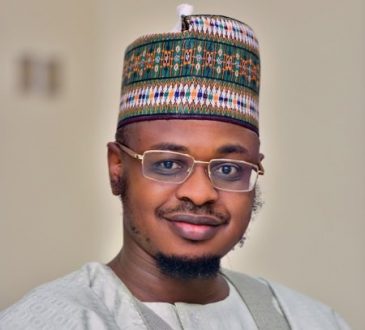 admin1 week agoSeptember 20, 2020
75
By Adam Butler and Ross Gianfortune Every presidential administration has its priorities and political appointees are around to execute those priorities. But, appointees are not supposed to pressure career federal employees to manipulate outcomes or skew information for political purposes. Democrats are pursuing investigations on allegations that career federal employees are feeling political pressure. Officials at the federal government’s 401(k)-style retirement savings programme on Wednesday issued a final rule increasing the default contribution rate of new federal employees and military service members. Beginning October 1, when people are hired to...