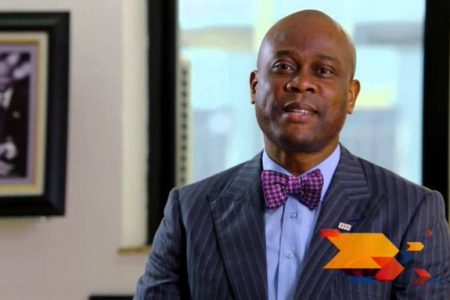 Winners of the 2020 edition of the African Banker Awards  were announced Wednesday at a virtual Awards ceremony. The awards were pushed back to August to coincide with the African Development Annual Meetings which are taking place this week, with the election of the new president of the bank expected tomorrow.

The Awards are considered the Oscars of the African banking community and given the impartial selection and judging process are the most respected in the field.

The big winners this year were Nigerian-based group Access Bank and also women in the banking and finance sector. Following on from what was seen as a lack of inclusion last year, the organisers put an emphasis to reward institutions that ensured that women and financial inclusion at the forefront of their agenda.

Access Bank’s Group CEO, Herbert Wigwe, won this year’s African Banker of the Year. Access ranks as one of Africa’s top-tier banks and Wigwe has been at the helm of the bank’s growth and expansion, including the oversight of the takeover of Diamond Bank, a bank that was much bigger than Access Bank less than 15 years ago. Access Bank also won Agriculture deal of the year, in their role to help Olam develop their rice operations in Nigeria.

Women were also the big winners at this year’s awards. The Central Bank Governor of the year went to Caroline Abel, from the Seychelles and the Finance Minister of the Year went to Nigeria’s Zainab Ahmed. The organisers had noted that despite difficult circumstances Ms Ahmed had managed to push through a set of difficult reforms as well as successfully engaging international partners to help the country navigate an extremely challenging economic environment.

African Banker Icon was given to Vivien Shobo, who was the CEO of ratings and advisory firm, Agusto & Co up until last December. She was recognised for playing an instrumental role in developing Nigeria’s credit markets and also for helping grow a truly world class organisation that is competing against much better resourced international players.

Tunisian pioneer Ahmed Abdelkefi won the Lifetime Achievement Award. This businessman and financier was the founder of numerous businesses operating in leasing, brokerage and investment banking. He also founded private equity group Tuninvest, and then launching Africinvest, without doubt one of Africa’s most successful Africa-owned PE firms.

Commenting on this year’s awards,  Publisher of African Banker Omar Ben Yedder said: “It’s been a momentous year in every sense. Banks will have to play a lead role in kick-starting post-Covid growth and sustaining the real economy. Governments and regulators have done an excellent job with limited means and both our winners Caroline Abel and Zainab Ahmed have demonstrated strong leadership there. Banks will need to work with institutions and partners to ensure liquidity doesn’t dry up. To quote our Lifetime Achievement Winner: Keep moving forward: adapt, innovate, take risks. That’s your job. Today’s crisis is neither the first and it will not be the last.”

The Awards took virtually on the sidelines of the African Development Bank Annual Meetings which are now officially open.

The awards, which are held under the high patronage of the African Development Bank, are sponsored by the African Guarantee Fund as Platinum Sponsor, the Bank of Industry as Gold Sponsor and Moza Banco as Associate Sponsor.

The 2020 African Banker Award Winners Are : 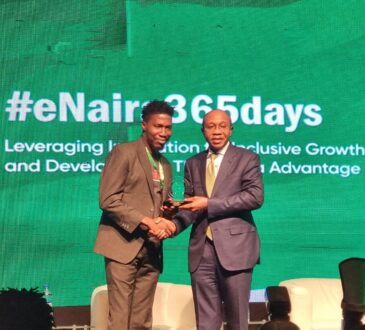 admin1 month agoOctober 26, 2022
32
By Angeline Mgbele, Bureau Chief, Northern Nigeria The Central Bank of Nigeria (CBN) has recognized SystemSpecs, and presented it with... 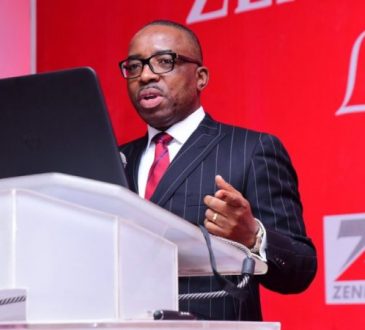 admin7 months agoMay 13, 2022
85
EBAday 2022 is fast approaching, and adding to the excitement is this week’s announcement of the event’s Fintech Zone finalists....