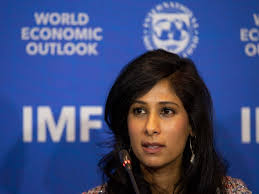 In the midst of the current COVID-19 pandemic, policymakers around the world are undertaking fiscal stimulus—a combination of spending increases and tax reductions—to support their economies. Even before the present crisis, the importance of fiscal policy has been increasing, with monetary policy constrained by near-zero interest rates. Our new staff research finds that age also matters when considering fiscal stimulus. Specifically, we find that fiscal policy isn’t as effective in boosting growth in economies with older populations, compared to economies with younger populations, write JIRO HONDA and HOROAKI MIYAMOTO.

As our chart shows, fiscal stimulus in economies with a younger population has a significantly positive effect on growth, but the effect is much weaker in aging economies. We looked at 17 Organization for Economic Cooperation and Development countries from 1985 to 2017, and split the sample into two groups by looking at the ratio of old people among population. In the aging economies, the average old-age dependency ratio (defined as the ratio of people 65 and older to those between 15 and 64 years old) is 26.5 per cent whereas in non-aging economies it is 18.9 per cent.

On a more granular level, an aging economy behaves this way because its labor force isn’t growing, while its public debt tends to be high, and, therefore, fiscal stimulus has weaker effects on private consumption and investment. This is because the working age population is more likely than retirees to benefit from fiscal stimulus through effects such as increased corporate hiring. Furthermore, many pensioners are on fixed incomes whose consumption remains steady or even declines over time. In addition, population aging could reduce potential growth (by lowering labor input and productivity), with which fiscal stimulus may induce less private investment. The “older” the economy and the higher its debt, the less impact fiscal stimulus has on growth.

These findings complement existing observations that countries with aging populations have relatively low growth and higher public debt. Yet our findings are especially important because old-age dependency ratios have been rising for several decades and are projected to increase further. Within the next 30 years, more than 20 countries across the world would exceed the old-age dependency ratio of 50 per cent—an unprecedented level in global history—with some even reaching 70 per cent.

In other words, population aging is posing significant challenges to policymakers. How can we support aggregate demand with the weaker growth impact of fiscal stimulus in aging economies? The paper draws the following implications for policymakers to consider:

A larger fiscal stimulus may be required to support aggregate demand during recessions.

Secure sufficiently large fiscal space (room to raise spending or lower taxes more than previously planned, without endangering debt sustainability or access to capital markets) during booms, in order to prepare for a larger fiscal stimulus during recessions, without creating concerns for fiscal sustainability.

The Keys To A Peaceful Sahel

admin6 days agoSeptember 23, 2020
105
It is the responsibility of the people of the Sahel to free themselves from the current cycle of violence, by...

IMF Lending During The Pandemic And Beyond

admin2 weeks agoSeptember 18, 2020
110
In the face of unprecedented uncertainty and the severe economic impact triggered by COVID-19, the Fund continues to adapt its... 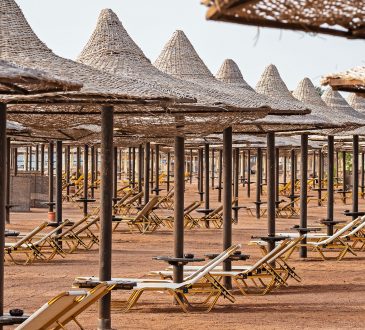 admin1 month agoAugust 24, 2020
137
Pandemic-related lockdowns, flight cancellations, and border closures may be putting a crimp on summer vacation plans. However, the precipitous drop...