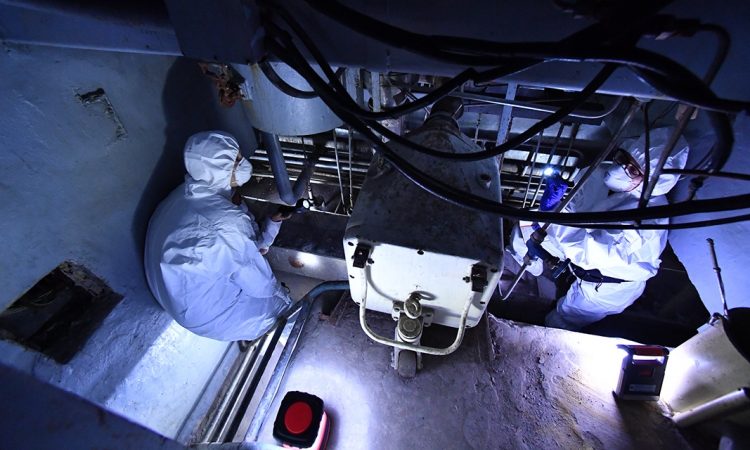 As a result of the increasing amount of nuclear material and facilities worldwide, the demand for IAEA safeguards – a series of technical measures undertaken to provide the international community with confidence that nuclear material is used only for peaceful purposes – continues to grow. At the event, Agency representatives, diplomats and non-governmental representatives explored the challenges and opportunities that the safeguards system faces in the 21st century.

“We are investing in technologies and tools, processes and our people, to allow us to keep delivering on our mission into the 21st century,” said IAEA Deputy Director-General and Head of the Department of Safeguards, Massimo Aparo. “In this time of challenges, we need to identify further opportunities and make smart investments to enable the Agency to continue to perform its critical safeguards objectives.”

“Since the NPT´s entry into force fifty years ago, safeguards have been the glue that has held the Treaty together,” said President-designate of the Tenth NPT Review Conference, Ambassador Gustavo Zlauvinen. “My role as president-designate of the Tenth NPT Review Conference is to facilitate a balanced outcome that strengthens implementation of the Treaty across all three of its pillars: disarmament, non-proliferation and the peaceful uses of nuclear energy. Acknowledging the success of – and States Parties’ enduring commitment to – safeguards, and vigilance in their implementation, will be fundamental to such an outcome.”

Topics covered in the session also included the impact of COVID-19 on safeguards implementation and the role of the NPT in ensuring the sustainability of the safeguards system in the longer term. IAEA safeguards act as the verification mechanism in assessing States’ compliance with their non-proliferation obligations under the NPT.

“Safeguards are integral to the functioning and implementation of the NPT,” said United Nations Under-Secretary-General and High Representative for Disarmament Affairs, Izumi Nakamitsu,. “The safeguards system, stewarded by the IAEA, is the backbone of the Treaty, allowing it to fulfil its function as the cornerstone of the non-proliferation regime.”

A previous event co-organized by the UNODA and the IAEA on 25 June focused on the role of the NPT in facilitating the peaceful uses of nuclear energy including non-power applications in medicine, agriculture, environmental protection and water management, and how nuclear science and technology contributes to the achievement of nine of the 17 Sustainable Development Goals. The event was titled The Tenth Treaty on the Non-Proliferation of Nuclear Weapons (NPT) Review Conference: Peaceful applications of nuclear technology and the Sustainable Development Goals.

“Nuclear non-proliferation and development go hand in hand,” said IAEA Deputy Director-General and Head of the Department of Nuclear Sciences and Applications, Najat Mokhtar who gave the keynote speech at that event. “They both reinforce goals that provide the foundation for a safer world. This is where the IAEA and the NPT have a common goal, and that is to ensure that humanity derives maximum benefit from the peaceful use of nuclear science and technology.”

“What is really important for the future is cooperation with the Member States,” said Assistant Director-General and Regional Representative for Europe and Central Asia at the Food and Agriculture Organization of the United Nations, Vladimir Rakhmanin. “As we’ve learned in the FAO, we’re strong only [through] our Member States and their best practices. We need to work with them, and here, South-South cooperation … [is] very important.” The IAEA and the FAO work in partnership, including through the Joint FAO/IAEA Division of Nuclear Techniques in Food and Agriculture, to assist Member States in using nuclear technologies to help fight hunger, reduce malnutrition, improve environmental sustainability and ensure food safety and authenticity. 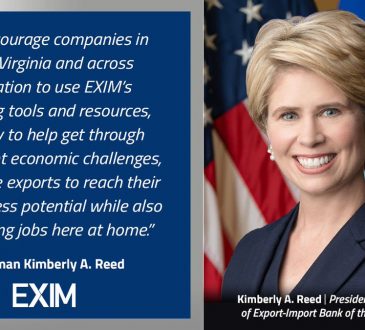 admin7 hours agoAugust 14, 2020
13
By Godson Umejiego, Correspondent US Export-Import Bank of the United States (EXIM) President and Chairman Kimberly A. Reed, a native... 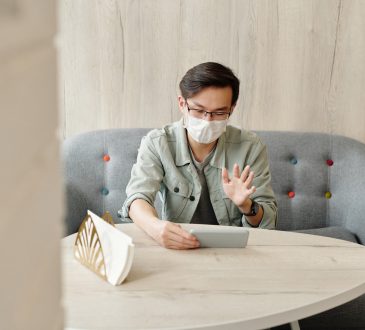 admin4 days agoAugust 11, 2020
32
Commission Will Confer By Audio Only Due To COVID  By Godson Umejiego, Correspondent US Due to the COVID-19 pandemic, the...

admin4 days agoAugust 11, 2020
38
By Godson Umejiego, Correspondent US The Office of Federal Contract Compliance Programmes (OFCCP) has revamped its site and launched two...

Challenges, Portals And Virtual Events: How PSCR Is Bringing Tech And Public Safety Together

admin2 weeks agoJuly 29, 2020
71
By Kelly Hill Amid a rapidly evolving technology landscape, how do public safety agencies find out about the latest and...