Far EasTone outlined aggressive plans for a newly launched 5G service, aiming to shift half of its 4G subscribers to the network within five years.

In a translated statement announcing the commercial launch on 3 July, the operator explained its 5G service was initially available in the Liudu business district and “densely populated areas”. By the close of the year, it aims to deploy more than 4,000 base stations and deliver “a coverage rate of up to 50 per cent of the population”.

Taipei Times reported the operator planned to invest between TWD20 billion (US$679.1 million) and TWD30 billion into its 5G network over the next three years: TWD10 billion of this is due in 2020. It quoted company president Chee Ching as stating signing up 1 million subscribers in the first year was “achievable”.

Far EasTone detailed several strategies to encourage subscribers to upgrade. A key element is its monthly tariffs, with seven-tiers available priced from TWD599 to TWD2,699 offering data rates of 500Mb/s to 1.5Gb/s.

It also plans to use big data analysis to provide tailored services including “e-commerce, mobile financial services, audio-visual and e-sports entertainment, and other value-added” content.

The operator was the third largest in Taiwan at end-March, with 7.1 million subscribers, GSMA Intelligence data showed.

Use GSM Boosters Without Authorisation, Go To Jail: NCC

admin2 weeks agoSeptember 18, 2020
64
By Angeline Mgbele, Correspondent Abuja Telecommunications consumers  in the habit of grabbing all manner of gadgets are using them without... 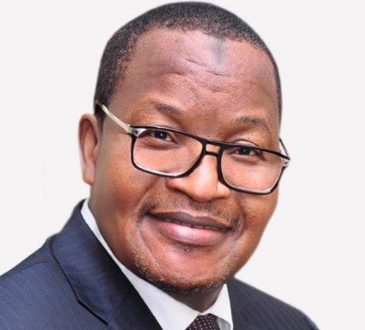 admin3 weeks agoSeptember 11, 2020
145
Charges Consumers To Protect Their  Accounts, Be Eternally Vigilant By Angeline Mgbele, Correspondent Abuja As a bold testament to its...