WarnerMedia Entertainment’s president of networks and sales for EMEA and Asia-Pacific, Giorgio Stock is leaving the company at the end of the month.

The London-based Stock, who has been with the company for seven years, will depart on 30 June to “look for new opportunities.”

Stock was promoted into his current role last August. He first joined the business in April 2013 as president of Turner EMEA with executive oversight of all Turner kids and entertainment networks in the region, including digital and media services of core brands such as Cartoon Network, Boomerang, TNT and TCM as well as kids streaming service Toonix.

His role also included the distribution of CNN’s services, and licensing and merchandising activity in EMEA.

He joined the company after 15 years with Disney where he held publishing and content leadership roles out of Paris, New York, Milan and London overseeing television, publishing, retail, music and gaming.

Chief revenue officer of WarnerMedia and president of WarnerMedia International Networks, Gerhard Zeiler will temporarily take on Stock’s duties until a replacement is found.

“I thank Giorgio for his outstanding achievements in his more than seven years with Turner and WarnerMedia,” said Zeiler. “Giorgio created a culture which focused on teamwork and execution excellence. He encouraged the team to take content risks and invest in original programs, many of them award-winning.

“Thanks to Giorgio, WarnerMedia EMEA and APAC is today a strong and future-oriented media company.”

“Given the strength of the business in EMEA and APAC, the time is now right for me to move on. It has been a privilege to be associated with some of the industry’s most iconic brands,” added Stock in a statement. “I am particularly proud of how we have been able to raise the profile of our local original productions and tap into the amazing stories and voices that EMEA and APAC have to offer.”   https://www.digitaltveurope.com

admin2 days agoDecember 1, 2022
35
By Stuart Thomson Viaplay Group and the International Handball Federation (IHF) have agreed a partnership that will make the Viaplay streaming service home to the IHF’s competitions in 10 European countries until 2031. Handball fans will be able to stream more than 40 IHF events live and exclusively on Viaplay, including all upcoming IHF Women’s and Men’s World Championships. The deal covers Sweden, Norway, Denmark, Finland, Poland, the Netherlands, the Baltic countries and the UK. The agreement secures the IHF Men’s World Championships in 2023, hosted by Poland and Sweden,...

admin3 days agoNovember 30, 2022
17
By Andy Fry Warner Bros. Discovery has agreed a deal with World Athletics rights-holders Eurovision Sport and ESPN to broadcast the 2023 World Athletics Championship in Budapest on its channels. The deal means that the nine-day event will feature on Eurosport 1, Eurosport 2, the Eurosport app and Discovery+ on a non-exclusive basis. Warner Bros. Discovery VP, sports rights acquisitions and syndication Trojan Paillot said: “We are proud to be a trusted partner to federations across a range of sports. Through our channels and platforms, we possess an unmatched ability... 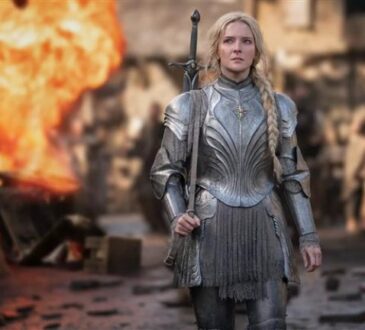