…3rd Time in Decades, Hertz & Private Equity Written All Over It

The second major rental car company popped in less than a week – but this one is owned by a private equity firm, Catalyst Capital Group in Canada. Advantage Holdco Inc., the holding company of Advantage Rent-a-Car, the fourth largest rental car company in the US, filed for Chapter 11 bankruptcy on Tuesday late evening.

Advantage is far behind the three giants: #1 Enterprise, #2 Hertz, which last Friday already filed for what will likely be a messy bankruptcy, and #3 Avis Budget Group. Each of the three giants – after years of gobbling up competitors – has several major brands under its belt. And Advantage once belonged to Hertz; more in a moment.

But that “bare-bones” petition triggered the injunction that provided the company with bankruptcy protection from antsy creditors.

It’s usually a sign that “something was about to happen,” said Mr. Acosta.

I suspect – but don’t know because Advantage is privately owned and doesn’t disclose this sort of thing – that the creditors that funded the fleet had not been paid and feared for the value of their collateral, the rental vehicles. The vehicle debt would account for the lion’s share of the company’s US$500 million to US$1 billion in liabilities.

That’s what happened to Hertz. It filed for bankruptcy after it failed to make the lease payment for its fleet of vehicles owned by its “bankruptcy-remote special purpose subsidiary.” This subsidiary had securitized the leases into asset-backed securities (ABS), for which the rental vehicles are the collateral. The owners of these ABS – from pension funds to bond mutual funds – have to observe a 60-day waiting period before they can foreclose on the vehicles and sell them at auction.

Advantage’s bankruptcy petition doesn’t list the secured creditors, such as the entities that funded the company’s fleet of vehicles, which would be the largest part of its debts.

But the petition lists the 30 largest unsecured creditors and the debts owed them. The top five include a US$30.2 million loan and what looks like unpaid highway tolls of US$3.5 million:

For Advantage, it’s bankruptcy #3 in about a decade.

Bankruptcy #2: Hertz, on an acquisition binge, acquired another rental-car giant, Dollar Thrifty, in 2012. As a condition for approval of the deal, the Federal Trade Commission required that Hertz sell Advantage. But a dispute arose between Hertz and Advantage over part of the 24,000 vehicles Advantage was leasing from Hertz, and in November 2013, Advantage filed for bankruptcy again.

In bankruptcy court, a deal was worked out that allowed Catalyst Capital to buy Advantage for a song. When the acquisition closed in April 2014, Catalyst outlined what it had bought:

“At the time, Advantage was comprised of an aging, unattractive fleet, few/poor/inadequate systems, a disjointed management team, and cumbersome financial liabilities which handicapped the business. Advantage was under a very challenging position due to its remaining operational dependence with Hertz, its prior owner.”

Rental car companies are in a world of hurt. Their airport rental business has collapsed, with airport passenger traffic down over 90 per cent in April compared to a year ago, and now still down 87 per cent, as measured by TSA checkpoint screenings. Airport business was what Advantage was focused on.

In addition, the normally very liquid and huge used-vehicle wholesale market had frozen up in late March and April. When rental car companies needed to shed their fleets to bring them in line with the collapse of their business, the auction market wasn’t there for them.

Auction activity is now coming back, and dealers are back and buying, but volume is still much lower than before, and at the worst possible moment, as the rental car companies combined might have to shed 1 million vehicles over the next few months to bring their fleets in line with their business.

This might also involve forced selling, such as hundreds of thousands of Hertz vehicles that might hit the auctions starting in late July.

Wholesale prices dropped 12 per cent in April, according to Manheim. In May, the wholesale market has begun to unfreeze, and dealers are buying again. The flood of rental vehicles will likely put further pressure on them. And if prices drop enough, there will be buyers. Price cures these issues in the used vehicle market. But that’s precisely the nightmare for creditors.

Then there is vehicle depreciation: each day that a vehicle sits and gets older, it loses value. For stiffed creditors that are thinking about foreclosing on their collateral, this is not a propitious scenario. They need to act sooner, rather than later, to cut their losses – but this would put even more pressure on prices in the wholesale market. And the Advantage bankruptcy is going to add to these pressures.

Here come the “bankruptcy-remote special-purpose subsidiaries” and US$14.5 billion in rental-vehicle-backed securities. The stock market – other than Carl Icahn – smelled a rat for years.

admin1 day agoDecember 7, 2022
17
By Sean O’Riordan Eirgrid will start digging trenches in East Cork from next spring for the Celtic Interconnector cables which...

admin1 day agoDecember 7, 2022
10
By Ron Chen, Bureau Chief, Asia elrow XXL – the festival, is coming to Dubai, and the anticipation couldn’t be... 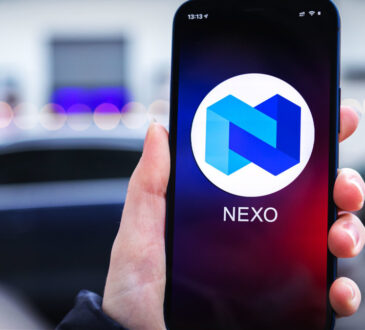