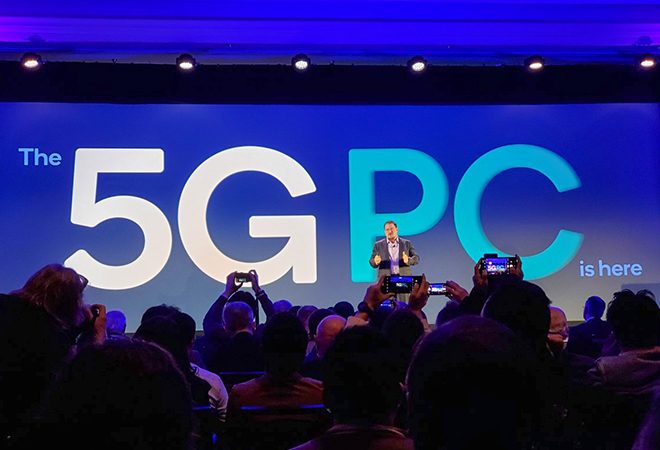 South Korea’s mobile operators have a lot to shout about these days, as they recorded continued growth in mobile service revenue, subscribers as well as ARPU in the latest quarter, writes JOSEPH WARING.

The three major players signed up a combined 1.08 million 5G subscribers in Q1, taking the country’s total to 5.89 million (10 per cent of overall mobile subs).

And since Q2 2019, when the operators simultaneously introduced 5G services, SK Telecom (SKT), KT and LG Uplus all booked year-on-year increases in mobile service revenue in three of the last four quarters, while also seeing ARPU rise sequentially in all but one quarter over the same period.

This is a remarkable turnaround from 2018 when all three suffered year-on-year declines in both mobile service revenue and ARPU for four straight quarters. ARPU peaked in mid-2017 at about KRW35,200, then started to fall after the government introduced regulations requiring operators to increase discounts to make mobile services more affordable.

SKT’s Q1 results reflected the overall improved health of the sector: mobile service revenue grew 4.4 per cent year-on-year to KRW2.48 trillion (US$2 billion), ARPU edged up 1.9 per cent to KRW30,777 and mobile subscribers rose 4.4 per cent to 28.75 million.

The operators also recorded 2.1 million net additions from Q1 2019 – a significant gain for a mature market with 100 per cent smartphone penetration.

Senior principal analyst at Omdia, Nicole McCormick told Mobile World Live 5G service was indeed the catalyst behind the improvement in operators’ KPIs, with a range of new services helping to drive usage and upsell from 4G.

Senior manager at GSMA Intelligence, Matthew Iji pointed to high consumer awareness of the new technology and heavy handset subsidies as the key reasons behind the early success.

He said a 2019 consumer survey by GSMA Intelligence found 95 per cent of respondents in South Korea were familiar with 5G, with 60 per cent claiming they would upgrade.

Iji noted, however, that high subsidies once again attracted the attention of the regulator, which warned operators not to breach legal limits on handset support. He reckons with subsidy levels set to decline, “we are unlikely to see growth continue at its current rate”.

Even with the prospect of revenue growth slowing, Korean operators have created a solid foundation for continued gains by differentiating 5G services from 4G and putting themselves in a position to charge more – something most operators failed to do with new LTE services ten years ago.

Another boost to adoption will be falling prices of 5G handsets. In China, for example, the ASP of 5G models dropped 22 per cent to US$557 over the six-month period to end-March.

It’s still early days – just 14 months – but four strong quarters is a promising start. China, with more than 65 million 5G subscribers six months after an end-October launch, will be interesting to watch as the government pushes for the country to be a 5G leader, with the aim of a nationwide rollout by end-2020. But all three major operators booked year-on-year declines in ARPU in Q1.

For now, eyes will be on the market with the highest 5G penetration in the world as Korean operators continue to buildout coverage (there have been some complaints about performance compared with 4G) and shift promotions to more mainstream customers, rather than the first wave of early adopters.

admin2 years agoMarch 9, 2021
223
Sean Kinney, Editor in Chief There’s broad consensus among the telco set that the real money to made from 5G...

admin2 years agoMarch 10, 2021
120
Nokia forged a five-year deal with the University of Technology Sydney to establish a 5G innovation facility at its Tech...
ICT VIEWPOINTUncategorized

admin2 years agoFebruary 18, 2021
265
The global pandemic has accelerated the need for true digitisation as African customers demand a more seamless digital customer experience from their communications service providers, writes PIKIE MONAHENG. It’s no secret that CSPs need to transform their businesses to compete in the continent’s highly competitive communications landscape and deliver the experiences that customers are demanding today. However, digital transformation is a journey, which takes time. And there are many tasks to undertake on the way. So, how do CSPs go about achieving true digital transformation? What are the main challenges...
ICT VIEWPOINT

admin2 years agoJanuary 30, 2021
217
Mid-band spectrum has been in high demand by mobile and wireline operators both to support 5G rollouts and to underpin private networks for industrial customers. As recipients of CBRS spectrum are leveraging the technology for real-world deployments now, while the C-Band auction was recently completed on January 18, vendor activity and customer deployments will rapidly advance in 2021, writes KITTY WELDONE. US operators have been investing in and building out infrastructure for their 5G cellular networks for several years. They have already launched 5G services for both consumer use cases...
bahis canlı casino siteleri canlı bahis siteleri