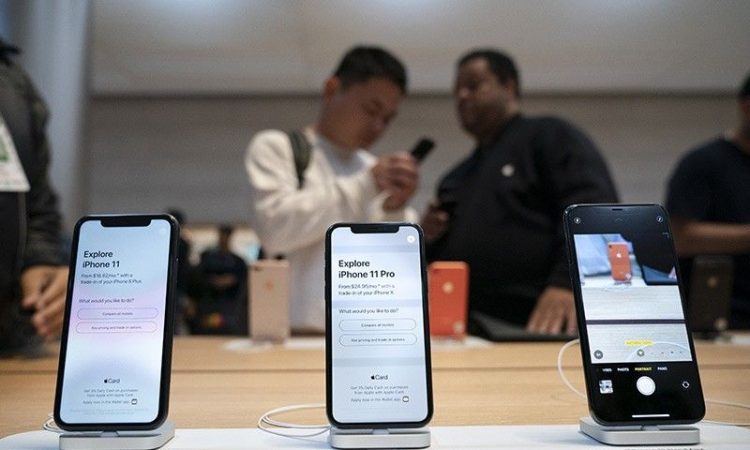 The pricing data was taken from Apple’s local sites and was correct at the time of each piece of research being published, though currency conversions are updated.

These analyses beg an obvious question: why does the Philippines top both tables?

Research manager covering ASEAN devices for IDC, Jensen Ooi and research analyst with Counterpoint Research, Abhilash Kumar each cited currency exchange as one factor in play, with the Philippine peso going head-to-head with the US dollar.

Ooi added “freight charges” could also hold influence, an area Kumar expanded on by noting smartphone pricing in any given market is generally affected by “sales tax” and “import duties”: in the Philippines the former is 12 per cent, he said.

The vendor “distributes through third-party resellers such as Switch, Power Mac Centre and iStudio” rather than its own outlets, which “requires extra margin” for the sales channel, he told MWL.

Kumar also referenced Apple’s model, noting commission on sales “leads to the increased final price”. But, he added, “interestingly, in such countries, the profit margins for Apple is less compared to those where it directly sells through its own stores.”

Now, the reasons why the Philippines ranked as the most expensive market in MWL’s research also goes some way to explaining another key takeaway from the analyses, namely why did Japan rank as the least-pricey market in each study?

Again, retail is a principal element. Xie noted Apple operates ten stores directly in Japan, “saving the margin to channel”. Kumar concurred, adding the vendor’s supply chain in the country is established and it does not lose out in terms of paying commission.

Both also flagged a lower VAT (sales) rate of 10 per cent in Japan.

But Xie said there is more at play in the country, which he noted is Apple’s top market in the region outside of Greater China (a factor borne out by the vendor breaking out numbers for Japan in its financial reporting).

He said this leads to a “scale effect”, whereby the vendor benefits by shipping a higher number of units to Japan than the Philippines: he cited shipments of 5 million iPhones in Japan during calendar Q4 2019 compared with 169,000 in the Philippines.

“Apple Japan enjoys huge cost advantages due to the scale of operation with much lower cost per unit comparing with the Philippines.”

Market appetite and ability to pay for any iPhone model also tips the scales. Xie explained ASPs in Japan stood at $600 during Q4 2019, compared with $185 in the Philippines. This makes Japan “a great match for Apple’s product portfolio” he noted, adding the vendor topped the tables in the country with a 56 per cent market share during the quarter.

“Apple would tend to conduct an aggressive pricing strategy to achieve a higher shipment volume and market share in Japan”, while in the Philippines “Apple’s offering is not affordable for the majority”, resulting in the vendor holding a 3 per cent share in Q4 2019.

Consequently, the vendor is more likely to pursue “profitability rather than volume” in the Philippines, resulting in it tending to “set a higher price” there.

admin2 years agoMarch 9, 2021
214
Sean Kinney, Editor in Chief There’s broad consensus among the telco set that the real money to made from 5G...

admin2 years agoMarch 10, 2021
102
Nokia forged a five-year deal with the University of Technology Sydney to establish a 5G innovation facility at its Tech...
ICT VIEWPOINTUncategorized

admin2 years agoFebruary 18, 2021
246
The global pandemic has accelerated the need for true digitisation as African customers demand a more seamless digital customer experience from their communications service providers, writes PIKIE MONAHENG. It’s no secret that CSPs need to transform their businesses to compete in the continent’s highly competitive communications landscape and deliver the experiences that customers are demanding today. However, digital transformation is a journey, which takes time. And there are many tasks to undertake on the way. So, how do CSPs go about achieving true digital transformation? What are the main challenges...
ICT VIEWPOINT

admin2 years agoJanuary 30, 2021
197
Mid-band spectrum has been in high demand by mobile and wireline operators both to support 5G rollouts and to underpin private networks for industrial customers. As recipients of CBRS spectrum are leveraging the technology for real-world deployments now, while the C-Band auction was recently completed on January 18, vendor activity and customer deployments will rapidly advance in 2021, writes KITTY WELDONE. US operators have been investing in and building out infrastructure for their 5G cellular networks for several years. They have already launched 5G services for both consumer use cases...
bahis canlı casino siteleri canlı bahis siteleri