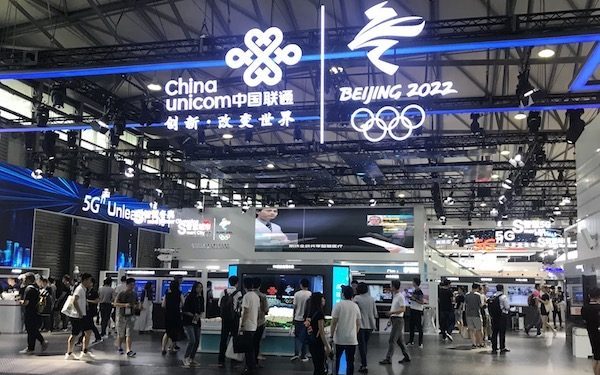 China Unicom and ZTE signed a strategic agreement to develop 6G technologies, with plans to steer development of the concept by exploring technical trends and standards.

In a statement, the companies detailed plans to cooperate on researching technological innovations and standards, along with the integration of 6G with satellite networks, IoT infrastructure and connected vehicles. They will focus on potential key technologies including 3D connectivity, terahertz communication, and integrated communication and sensing.

Verification and prototyping tests of these technologies are planned to assess the feasibility of infrastructure capable of delivering a peak data rate of 1Tb/s, the companies explained. Other potential goals on their radar include the potential to deliver speeds of 20Gb/s to end-users, along with capacity for traffic volumes of 100Gb/s per metre cubed.

China Unicom launched 5G service in parts of 50 cities in October 2019 alongside the country’s other major mobile operators: it partnered with China Telecom to jointly deploy infrastructure.

In January, NTT Docomo, the largest mobile operator in Japan, commenced early moves to develop 6G technology with a goal of conducting a commercial launch by 2030.  https://www.mobileworldlive.com

admin3 days agoDecember 1, 2022
29
By Stuart Thomson Satellite operator SES’s new SES-21 satellite is now operational today at the orbital position of 131° West, following its launch on October 4. SES-21 will enable the operator to continue delivering C-band broadcast and radio services to American homes, as well as provide other critical network communications services to the US. SES-21 was successfully launched by United Launch Alliance (ULA) in tandem with SES-20 from Cape Canaveral, Florida. SES-20 and SES-21 are all-electric 702SP satellites manufactured and assembled in Los Angeles by Boeing. SES is launching five...

admin4 days agoDecember 1, 2022
47
By Vaughan O'Grady Fibre to the home and fibre to the business (FTTH/FTTB) are continuing to make inroads into African...
TELECOMS

admin5 days agoNovember 30, 2022
22
By Stuart Thomson German fibre network operator Deutsche Glasfaser and Vodafone Deutschland have concluded a wholesale agreement for a period of at a minimum of 10 years that will give Vodafone nationwide access to the FTTH network from Deutsche Glasfaser. From autumn 2023, Vodafone will have access to the fibre network as part of the wholesale agreement. In the future, it said, Vodafone will be able reach up to six million additional households as a result. Deutsche Glasfaser said that the deal would bring it closer to its goal of...
TELECOMS

admin5 days agoNovember 29, 2022
27
By Godfrey Elimian MTN has launched its 5G network in Zambia, becoming the first mobile operator to offer 5G services commercially in the country. The telecommunications giants continue to provide 5G services across Africa following successful launches in South Africa and Nigeria, The leading mobile services provider in Zambia launched its fifth-generation mobile network after completing the 11-month-long trial of the revolutionary technology, enabling consumers to have fast-paced and indestructible internet speed. According to the CEO of MTN Zambia, Bart Hofker, the services cover approximately 65 per cent of the...
bahis canlı casino siteleri canlı bahis siteleri